Workers in the Office Are Unhappier Than Their Remote Peers

Workers’ attitudes toward face time and flex offers sobering thoughts for employers and office owners — but what if the labor market shifts? 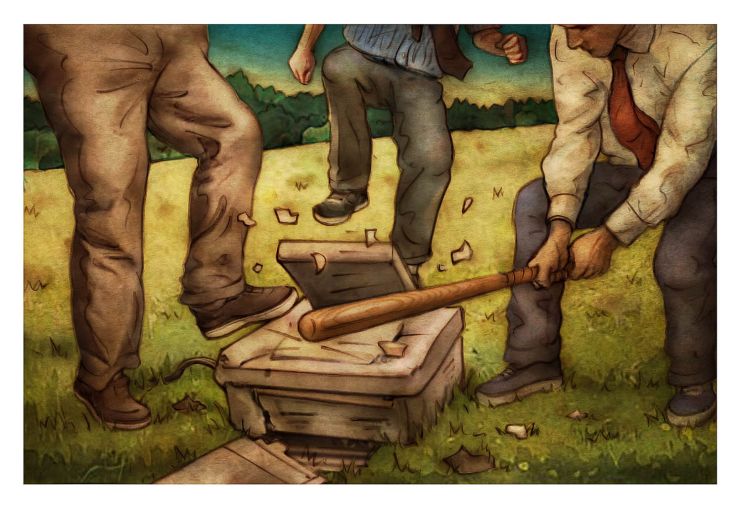 There are more white-collar workers back in the office now than at any time since March 2020, and they’re more unhappy than ever.

More than a third of workers across multiple countries reported being back in the office five days a week, and they were twice as unhappy as their remote-work colleagues, a survey out last month from Future Forum found.

Employees who are back in the office full time reported higher levels of anxiety, stress and professional dissatisfaction than those with more flexible work hours and locations. Workers who have little to no schedule flexibility reported that they were 2.6 times as likely as their colleagues with flexible schedules to look for a new job in the coming year. Full-time office employees also said they were 1.6 times less satisfied at work and had 1.5 times more work-related stress and anxiety than those doing hybrid and remote jobs. And work-life balance scores for five-day-a-week office workers in the first quarter declined twice as much as those for people with flexible arrangements.

“In the U.S., what we’re seeing is that close to 95 percent of people want flexibility in when they work,” said Sheela Subramanian, a vice president at Slack and co-founder of Future Forum. “They want to be able to not just choose the hours every single day but have flexibility in a framework.”

There’s another wrinkle adding to the general angst, per the survey. The C-suite is not spending as much time in the office as the rank and file. Nonexecutive employees are twice as likely to be working from the office full time, and they scored their work-life balance 40 percent lower than their bosses. Thirty-five percent of rank-and-file workers said they were back in the office full time, while only 19 percent of executives were. Regular employees also reported twice as much work-related anxiety and stress as executives.

“It’s very much a do-as-I-say-not-as-I-do mentality, where executives are saying that people need to be back in the office but not going back in themselves,” Subramanian said. She noted that execs planning return-to-work initiatives should not assume that their employees’ lives resemble their own. After all, how many CEOs and CFOs take public transit or share an open office?

“If you’re a leader planning your employees’ return to office based on your own experience, it’s not going to look like yours,” she explained. “The reason for this disconnect is confirmation bias. Two-thirds of leaders are not including their broader organizations as they’re planning what’s next about return to office. Executives have higher flexibility scores, stronger networks and more autonomy.”

Subramanian pointed out that employees of color were more likely than their white counterparts to express a preference for flexible and hybrid work.

“Overall it enables people to have a higher sense of belonging,” the Slack exec said. “One potential reason is not having to code-switch every day to fit into office norms. Being able to work flexibly allows people to bring more of their whole selves to work, improving relationships with co-workers and managers. You’re able to focus more on the outcomes around work — what are the results that people are driving, rather than does this person play a good round of golf?”

Parents are also much more likely than non-parents to worry that remote work is negatively impacting their careers — 46 percent vs. 34 percent — and to report that they have been negatively impacted by bias in the workplace over the past year.

For parents, “flexibility in the work hours is as important as flexibility in the location,” said Tim Rowley, COO of digital staffing agency PeopleCaddie. “We recently hired a working mom who left her former employer because she had to be there on-site. She wanted a remote opportunity, and she  wanted the flexibility to start work at 6 a.m. and work till 3 in the afternoon and then pick her kids up at daycare. In order to get working moms to rejoin the workforce, they need the flexibility, otherwise they’ll continue to sit on the sidelines.”

Some major employers are starting to feel the pressure. Even JPMorgan Chase, which faced criticism for forcing traders back into the office at the height of the pandemic, is reportedly allowing some employees to work in the office just two days a week.

Office owners, meanwhile, are betting employees will have less bargaining power when the job market and the economy weaken. The U.S. unemployment rate remains well under 4 percent, and roughly 1 in 5 adults switched jobs last year, according to a Pew Center analysis. Should that change, attitudes toward the office could become moot.

“We have found business leaders all acknowledge that productivity is better with in-person presence, but the employees have more of the bargaining power with the great resignation,” said Christina Chiu, the chief financial officer at Empire State Realty Trust. “We see in the form of leasing activity and momentum and inquiries that companies are planning ahead of that. That’s accentuated by the current activity we see in the marketplace today. As the market becomes more competitive, there should be a movement back.

“It doesn’t mean people are chained to their desks five days a week,” Chiu added. “But if people don’t have a place to go to collaborate, it gets harder to build a relationship among colleagues, and build a book of business.”