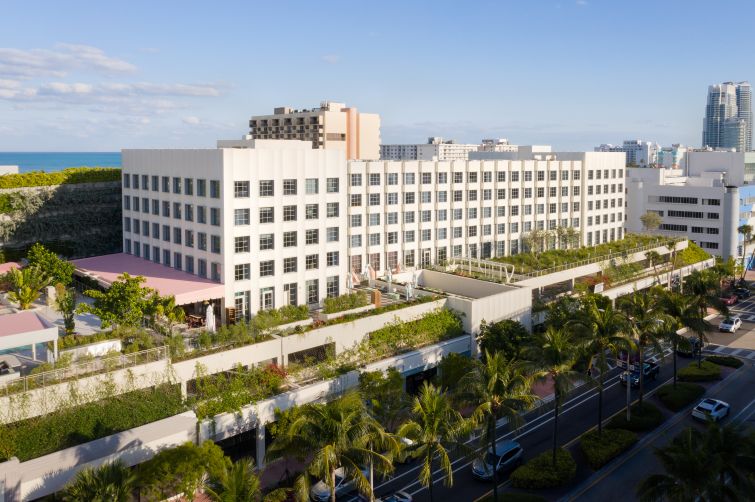 Better times are in store for Miami Beach’s The Goodtime Hotel thanks to a slew of new retail tenants.

Italian eatery Jon & Vinny’s will open a restaurant at the hotel, the first outside its native Los Angeles, Commercial Observer has learned. Out West, the establishment is popular among celebrities, counting Kim Kardashian, comedian Pete Davidson and billionaire Jeff Bezos as visitors.

The Goodtime Hotel opened last year to much fanfare, attracting David and Victoria Beckham and becoming a backdrop to a Jennifer Lopez music video. Besides the celebrity appeal, the 266-room property has helped revitalize a historic but tawdry district of South Beach.

The hotel, at 601 Washington Avenue, occupies a full block between Sixth and Seventh streets, including 46,000 square feet for retail on the ground floor.

“Since its inception we’ve envisioned the property and the surrounding area as a high-touch lifestyle experience that engages guests and locals,” developer Birnbaum said in a statement.

The deals bring the retail component to two-thirds leased, according to a spokesperson for Imperial Companies, who declined to provide the exact square footage of each store. Almost all the leases are a decade long, the representative added.

Most establishments will occupy storefronts along Washington Avenue as well as Sixth and Seventh streets, while a few will have direct frontage to the hotel’s entryway and lobby. The locations will begin opening in this quarter through the second quarter of next year.

Joshua Strauss and John Ellis of Newmark as well as Marc Finkel, who works for Dreamscape Companies, another Birnbaum-owned firm, represented the landlords.