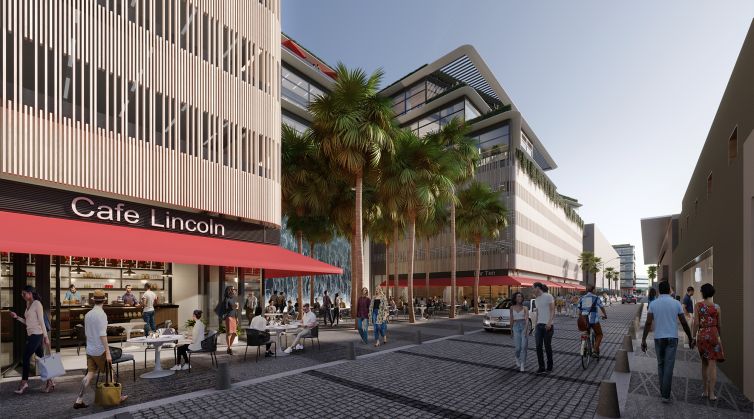 Miami Beach city commissioners have signed off on plans to convert city-owned parking lots near Lincoln Road into two mixed-use developments with more than 200,000 square feet of office space.

After another commission vote this summer, the projects’ fate will head to the city’s voters, who likely will cast ballots in a November referendum about the development proposals. The projects are helmed by locally active developers Starwood Property Group and Peebles Corp., along with a slew of partners.

Miami Beach Commissioner Ricky Arriola has been a proponent of the mixed-use proposals, and he predicted voters would see more office space as a way to diversify a local economy that’s heavy on nightlife and tourism.

In hopes of bringing more office space to a city mostly known for shops, restaurants and hotels, Miami Beach last year issued requests for proposals from developers who would agree to long-term land leases of the sites, which are currently surface parking lots.

That project would be built by Lincoln Road Property Owner LP, a joint venture led by Starwood Capital Group, Integra Investments and The Comras Co.

“We look forward to refining our proposal with city officials and presenting the public with our vision in the months to come,” Andrew Coren, a managing director at Starwood Capital, said in a statement.

The second project, on a 1.4-acre lot at 1664 Meridian Avenue, would include 80,000 square feet of offices, 9,500 square feet of retail space and 46 apartments, according to plans approved by the city. That project would be developed by Don Peebles, Scott Robins and former Mayor Philip Levine.

If voters approve, the projects would add a substantial amount of space in one of South Florida’s most expensive office markets. Average asking rents for Class A space in Miami Beach stood at $64 per square foot in the first quarter, just behind downtown West Palm Beach’s $72 per foot, the Biscayne Corridor’s $67 and Brickell’s $65, according to commercial real estate brokerage Avison Young.

Should the project move forward, the developers would sign 99-year land leases with the city. The city could reap hundreds of millions in revenue from the two projects over that time, in the form of lease payments and fees paid by the developers.

“The economics are very compelling,” Arriola said. “It’s a no-brainer, in my opinion.”