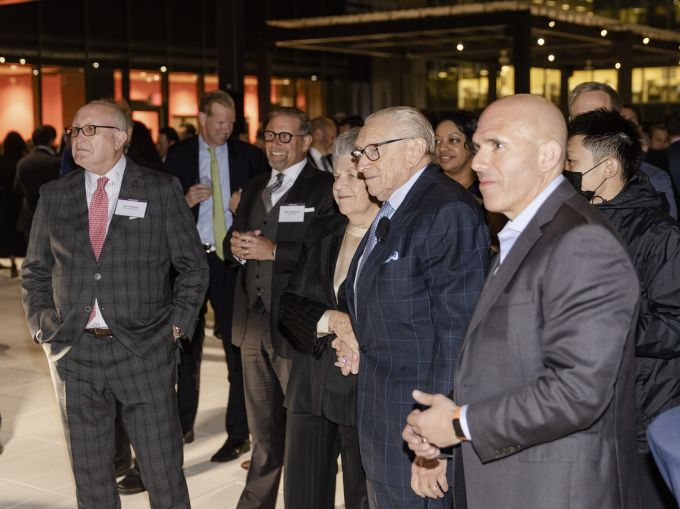 Something unquestionably sunny is happening in the New York City office market.

Last month, we saw Google plunk down more $2.1 billion to execute the purchase option on St. John’s Terminal, which was far and away the most exciting thing the office market had seen since 2020.

However, this was something that always looked possible. Just a couple of months ago, Commercial Observer was saying that just this sort of an eventuality was in the cards. Moreover, Google was the kind of company for which a $2.1 billion purchase was, as one real estate professional involved in the deal joked off the record, “pocket change.”

But then, this week, GFP and Northwind Group produced another NYC office showstopper: They sold 100 Pearl Street (aka 7 Hanover Square) to German investor Commerz Real for $850 million, which is about $542 million more than they paid for it just three years ago. Granted, GFP and Northwind sunk about $250 million into fully modernizing the asset, but this is a truly phenomenal return on the 967,886-square-foot asset.

Not as profitable, it turned out, as The Cosmopolitan. Blackstone sold the Vegas hotel and casino this week to a group that included Stonepeak Partners and the Cherng Family Trust for $5.65 billion. Blackstone bought it from Deutsche Bank for $1.8 billion in 2014 when the mammoth property looked like a money pit. They put hundreds of millions more into finishing it, but, according to The Wall Street Journal, the sale makes The Cosmopolitan Blackstone’s most profitable single asset in the company’s history.

Hearing those kinds of figures bandied about, it almost feels a little modest talking about Miami’s Margaritaville sale for $270 million to Pebblebrook Hotel Trust, but it was the biggest hotel deal of the year in South Florida. (And there was other interesting South Florida hotel news: JPMorgan Chase provided a $164 million bridge loan to refinance the new, luxury Goodtime Hotel owned by Pharrell Williams and David Gutman.)

Now, if somebody could make a similar record-breaking deal on a New York hotel, we’d really be cooking with gas! Alas, the industry still seems pretty depressed.

But, let’s go back to office for a moment …

The bullishness on office is not a New York phenomenon, either. In L.A., the Charles Company decided to nearly double the amount of office space they’re introducing at Melrose Triangle, and Faring’s Robertson Lane hotel project just south of Santa Monica Boulevard is proposing reducing the number of hotel rooms and putting in more office space.

And, while the summer COVID spike was an extremely painful experience for Florida in particular, the lax COVID restrictions have apparently done little to dull the appetite of investors in the Sunshine State. (Even fitness studio company Barry’s is relocating its headquarters from L.A. to Miami. You might say it’s all going to work out. Heh.)

To be sure, investors are not the only ones who are making moves; tenants also see where this is all going. Cushman & Wakefield released a study showing that 40 percent of office workers globally have already returned to their desks. And late last week, BlackRock announced that starting Nov. 1, it was calling its workers back to the office for at least three days per week.

To wit, there was some extremely brisk office leasing. Law firm Lowenstein Sandler re-upped their 23,000-square-foot lease at 1251 Avenue of the Americas; interior architecture firm The Switzer Group took 16,000 square feet at 485 Park Avenue South; ODA New York, another architect, and Evergreen Trading each took 12,200 square feet at 99 Hudson; software developer UiPath took a full floor at One Vanderbilt; and, at 230 Park Avenue (formerly known as the Helmsley Building), a pair of law firms, a pair of real estate firms, a charity, a financial firm and a green energy company nabbed a total of 48,345 square feet worth of leases.

Casting about for something gloomy

Of course, one can always find something to be angry or depressed about. Macy’s, for one, is none too pleased about Amazon installing a giant billboard on top of their Herald Square flagship. They decided to take the e-commerce company to court.

Those who always believed in homeownership as a key plank of the American dream also got some disappointing news from RENTCafé that renting is on the rise in 103 suburbs and ownership is on the wane. (Although, there are sound arguments why home ownership isn’t the beginning and end of everything.)

Finally, nothing can put you in a negative frame of mind faster than thinking about Robert Durst. It looks like Durst is finally getting his comeuppance. Why has Durst been such an object of fascination all these years? The money? The general weirdness? The three accused murders? (Although, only one conviction.) It’s something to ponder this Sunday.

And, now, for the humble brag

We, at CO, remembered a lot of what we had been missing these last 19 months. This week, we hosted our annual Power Gala, our first in-person event since the COVID-19 pandemic struck. And, not to beat our own drum too loudly, it was off the hook.

Nearly 200 of the most revered names in real estate joined us at 3 World Trade Center for cocktails, snacks, and to hear from Larry Silverstein, Mary Ann Tighe, Scott Rechler and more.

Read all about it here.