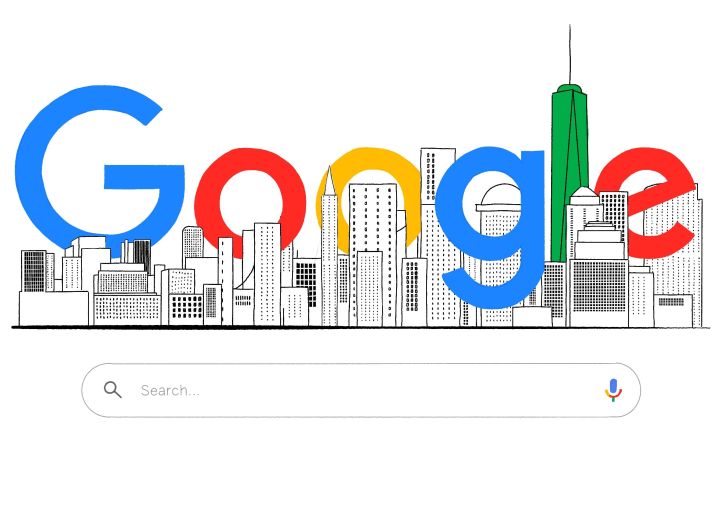 “The sun poured in like butterscotch,” Joni Mitchell sang in the song “Chelsea Morning.”

These days, if she opened the window of her Chelsea Hotel room, Google might pour in.

You can’t go around the Manhattan neighborhood without feeling the impacts of the internet search giant, which first showed up in a significant way in the late 2000s and has only gotten bigger since. Stand in line to get coffee or a lobster roll at the Chelsea Market, and there are liable to be Googlers in front and behind you.

It’s been 11 years since the Mountain View, Calif.-based company loudly announced its permanence by paying nearly $1.8 billion for 111 Eighth Avenue, then the second-most ever paid for a single building in the United States. The block-long, Art Deco behemoth had long ago been converted into a multi-tenant office building catering to technologically forward-looking firms after decades as a warehouse.

Ever since, it’s been one blockbuster move after another for Google, mostly in the same Chelsea neighborhood, but some in the nearby Meatpacking District or in Hudson Square. The pace is likely to slow now, though.

Commercial real estate executives briefed on Google’s future real estate plans say the company is probably done making big, sensational deals, though it could soon execute a purchase option on St. John’s Terminal, where it is already building out leased space. And one executive said that they’ve always wanted to purchase Pier 57 where they’re currently leased.

“Google likes to own where they have their presence,” said one executive, who asked not to be identified.

Otherwise, its next moves are more likely to be much smaller, and are meant more to firm up Google’s Chelsea campus than to add something spectacular — though it remains opportunistic and, if the right opportunity presents itself, it will grab it.

Like a lot of companies in this post-pandemic environment, Google is also looking at the outer boroughs, but mainly for small satellite offices designed to shorten commutes for workers who got used to working from home through the COVID crisis.

Google is also not particularly concerned about attracting its staff back to the office once COVID goes away, since its offices are designed to be worker-friendly with a lot of couches, good food, recreational areas that support mental well-being, and the general belief that workers would rather be there than at their own kitchen tables.

In an early May email to staff, Sundar Pichai, CEO of Google and its parent Alphabet Inc., said that about 20 percent of the company’s employees could work remotely indefinitely, and that it would shift to a hybrid model for most of the rest of its workforce, who would come in three days a week. Google would also allow staff to work remotely for several weeks per year.

“Our campuses have been at the heart of our Google community and the majority of our employees still want to be on campus some of the time,” Pichai wrote in the email. “Yet many of us would also enjoy the flexibility of working from home a couple days of week, spending time in another city for part of the year, or even moving there permanently. Google’s future workplace will have room for all of these possibilities.”

Commercial real estate executives with knowledge of Google’s New York plans asked not to be named so as to stay on the good side of the global tech firm. And executives from CBRE, the world’s largest commercial property brokerage, also declined to respond, citing a strict non-disclosure agreement between the companies. Google hired CBRE to assist it in its real estate needs.

Google announced in March that it intended to spend about $250 million this year on its New York offices, and raise its New York-based head count to around 14,000 from the current 11,000, though it didn’t say by when. A company spokesperson said the money would be used to help pay for ground-up construction, building out offices, and for transactions.

“We’ll adapt our NYC real estate strategy based on the evolving needs of Google’s business,” said the Google spokesperson, who asked not to be identified.

While 14,000 is a sizable number, it means that Google will still pale against New York City’s largest employers. JPMorgan Chase had 250,000 workers in 2018, according to a list from Money Inc. And the bank said earlier this year that it would house up to 14,000 workers in its future 270 Park Avenue headquarters alone.

A spokesman for the New York City Economic Development Corporation said the city has seen nothing beyond the March announcement regarding Google’s New York plans.

Kathryn Wylde, president of the Partnership for New York City, a business booster group, was one of the few willing to go on the record about Google’s plans. Like others, she said the company was more than likely to go slow from here on out, and that this was “an important market” for Google.

But, she also said there’s a certain wariness about what happened with fellow internet giant, Amazon, when it tried to locate part of its HQ2 in Long Island City, Queens. Some elected officials ignited a fire of bad publicity when they attacked the company for taking city and state subsidies for the Long Island City project, and Amazon in early 2019 ultimately reversed its decision to locate there.

Google’s 2.95 million-square-foot fortress at 111 Eighth — larger in terms of floor space than the Empire State Building — had started life in the 1930s as the Port of New York Authority building. It long ago outlived its original use, as a place to store old-fashioned bulk cargo from the days when Lower Manhattan was ringed by freighter shipping piers and the waterfront was given over to the movement of goods. It even had elevators capable of lifting fully loaded, 20-ton trucks.

With the development of container shipping, that whole purpose withered away, though it remained the headquarters of the Port Authority — subsequently renamed the Port Authority of New York and New Jersey — until the original Twin Towers of the World Trade Center opened in the early 1970s.

One thing that didn’t work out quite so smoothly for Google was moving out some of the building’s other tenants. It turned out that some had ironclad, long-term leases — Nike and advertising firm Deutsch among them. So, in 2018, it paid a cool $2.4 billion for the Chelsea Market across the street at 75 Ninth Avenue, which had begun its life way back in the 1890s as a cookie factory for the company that became Nabisco.

That $2.4 billion was the second-largest amount ever paid for a U.S. building, behind only the $2.7 billion for the GM Building.

On the heels of that Chelsea Market deal, it expanded its New York presence by taking about 1.7 million square feet at 315 and 345 Hudson streets, the former built as a candy factory in the 1890s, as well as at 550 Washington Street. The building at 550 Washington, the former St. John’s Terminal, was a terminus for the High Line back when it was an active freight rail line. The building is to be finished out in modern style by Google.

Google expects to occupy the Hudson Street properties this year, and the Washington Street building not until 2023, with construction to be completed by the middle of next year.

Finally, there’s Pier 57, an office project that Google is developing with Scott Rechler’s RXR Realty and YoungWoo & Associates, where music venue City Winery has relocated after its longtime spot was bought by Disney. It will give the company an office campus running between West 15th and West 16th streets from Eighth Avenue all the way to the river. Pier 57, which is due to add 633,000 square feet of office space to the neighborhood, is not expected to be done until 2023.

By that time, Google may have reversed itself and acquired or tenanted even more property in the area. Or, it may take its hybrid model to the extreme and shed tens of thousands of square feet of space through subleasing and sales. Either way — a heftier presence or a slimmer one — it would appear the tech behemoth is a welcomed neighbor.

For one thing, there’s the economic activity the company says it generates: $70.8 billion for 169,700 New York state businesses, nonprofits and other entities in 2020. For another, it’s made it a point to make nice with the locals.

“They’ve actually been a very good neighbor,” said Lowell Kern, chairman of Manhattan Community Board 4, whose district includes Chelsea. “They have been very accommodating in allowing us to use their space for meetings, they have been a very concerned member of the community, they have worked with us on numerous issues, and have always been willing to help out when necessary.”

Even pre-COVID, Kern said, when thousands of Google employees descended on Chelsea every business day, “they were a positive addition to the neighborhood.”