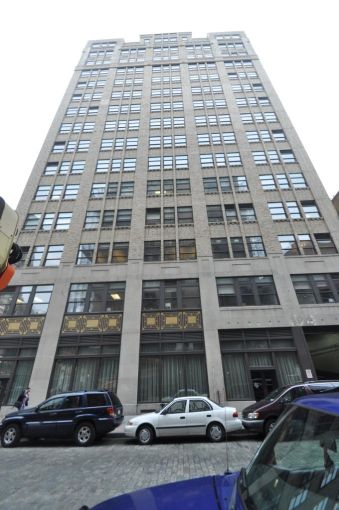 ODA signed a five-year lease for 12,200 square feet on the second floor of Olshan Properties’ 17-story building, according to landlord broker Newmark. Asking rent was $60 per square foot.

The architecture firm has worked on projects that include 420 Kent Avenue, 10 Jay Street and the $2 billion plan to transform a five-block stretch of Astoria, Queens, into a 2.7 million-square-foot, mixed-use project. It previously had similar-sized digs at 250 Park Avenue South and has already moved to 99 Hudson.

Evergreen also signed a five-year lease for 12,200 square feet on the entire 14th floor of the Tribeca building between Franklin and Harrison streets, according to Newmark. Asking rent for that space was $70 per square foot.

The firm — which facilitates trades of such things as retail store displays and excess inventory in exchange for television ads — currently has its headquarters at 75 Varick Street and plans to move to its new offices as soon as possible.

JLL’s Michael Berman, who represented Evergreen, said in a statement that the new office creates “a great identity, with excellent views in a recently renovated building” for Evergreen.

“Tribeca always offered a uniquely different environment for an office tenant as compared to the hustle and bustle of other areas around the city,” Newmark’s Cagner, who worked on both deals for the landlord, said in a statement. “We felt that it would resonate if we made the process easy for tenants by creating high-end turnkey spaces, combined with the bespoke neighborhood in a Class A office environment — and we believe it has.”

King said in a statement that ODA’s hunt for new digs was more about “aiding the creation of a lively and inspirational work environment” for its staff and 99 Hudson fit the bill.

“It was critical for us to find the perfect office space with a contemporary and creative feel along, in an energizing and accessible location,” King said.

Update: This story has been updated to include a comment from Woody King.