'This COVID thing is terrible, but the upside is that real estate is just booming' 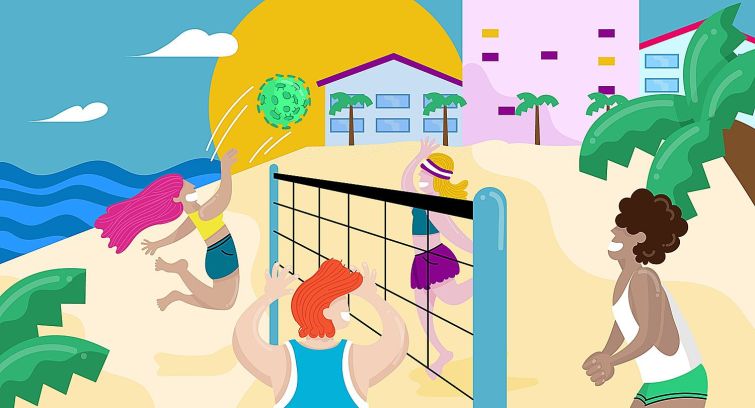 Florida’s COVID case count is finally down after a summer surge that dwarfed previous outbreaks, causing close to 10,000 deaths in the state in August alone. And the death toll is not yet over, as deaths tend to lag case count by several weeks.

But, while its toll in human life is still ticking up, COVID’s impact on Florida’s economy, and on its real estate sector, has been minimal, and possibly non-existent, according to numerous Floridians in the industry.

“I’m seeing zero change from the recent uptick in COVID cases,” J.C. de Ona, division president for southeast Florida at Centennial Bank, said this summer. “People already know what to expect, [and] we know our governor is not going to shut everything down.”

“For better or worse, most of Florida has been treating [COVID] like it’s over since June 2020,” said Justin Oates, a vice president at investment firm Cain International.

In fact, the summer surge — fueled by the highly infectious delta variant — only intensified the same factors that had made Florida attractive to outsiders throughout the pandemic. The Sunshine State offers both the ability to do more outdoors, due to its weather, and the laissez-faire attitude of its policymakers, which have eschewed restrictions since last summer.

“Delta does nothing more than perpetuate the decisions people originally made,” said Todd Rosenberg, managing principal of investment firm Pebb Capital, because it reinforced “the idea that it may be something that never actually goes away.”

Those decisions have led to a wave of activity in Florida, and South Florida in particular, across practically every sector of real estate.

Florida hotels rebounded to pre-pandemic levels in early 2021, then shot past that benchmark. Multifamily rents are up 20 percent in just a year, condo supertalls are selling out before shovels get anywhere close to the ground, new-to-market tenants from New York and California are signing office leases, and retailers have been open without restriction since the summer of 2020.

With much of that activity fueled by pandemic-related factors, the delta surge appears to have solidified those trends.

John Osborne, a senior vice president at CP Group, the largest office landlord in Florida, said he hasn’t seen a real impact from the summer surge. “In terms of leasing velocity, the amount of new-to-market activity in South Florida continues to be through the roof,” he said.

He did see hesitancy from national firms, which were looking to roll out a uniform, return-to-office plan nationally and had their plans upset by the renewed COVID spread over the summer, but no hesitation from smaller, new-to-market firms, or from local ones.

Of course, it’s not all rainbows and roses, and COVID has certainly left its mark.

Additionally, both companies and individuals are taking steps to protect themselves from COVID, and landlords like CP Group have mask and distancing mandates at their buildings.

In fact, CP Group instituted a vaccine mandate for its employees beginning in June, providing educational resources about the vaccines, as well as a generous timeline for getting one. To accommodate the vaccine-hesitant among its staff, CP Group allowed employees to sign a pledge that they would get vaccinated within 10 weeks of when the Food and Drug Administration gave it full authorization, rather than the emergency approval each COVID vaccine in circulation received last year.

While 50 percent were vaccinated at the beginning, that number has risen to 85 percent, said Elena Daniels, CP Group’s director of environmental, social and governance (ESG), who oversaw the program. Additionally, about 15 percent signed the pledge, which gives them until late October to get a vaccine — now that the FDA has indeed given full approval to the Pfizer vaccine. CP Group expects only five or six terminations because f vaccine refusals.

The comparison only highlights the difference, however: The vaccination rate in Florida shot way up over the summer, following the increase in cases, whereas New York’s residents were largely vaccinated prior to the delta surge.

Pebb Capital’s Rosenberg pointed out that in Florida, protection from COVID is largely up to individual choice, which might be why it hasn’t affected the market more broadly.

“The people who are migrating here are people who have the option, and they’re electing to be more careful,” Rosenberg said. “The spreading had more to do with people who weren’t being careful to begin with.”

For people who feel that they can protect themselves, because their job allows them to work from home, for example, Florida’s laissez-faire attitude is a boon.

“I think the fact that Florida is keeping things open, I think that’s going to be attractive to people who don’t want to be controlled,” said Centennial Bank’s de Ona.

Rosenberg is betting on those transplants, and on the shift to hybrid work taking a more permanent hold. His firm, along with two partners, are planning to transform a historic hotel in Miami Beach to Class A office space, something that’s not very common in a city known for spring break revelry.

The company is converting the Bancroft Hotel, on the famed Collins Avenue, to an office building with 30,000 square feet of indoor and outdoor amenities, targeting tenants who are rejecting nine-to-five in a Midtown cubicle.

“I’m building a product for exactly that — what office users coming to Florida from around the country are really looking for, coming out of lockdowns,” Rosenberg said. “This is a dedicated place to work, but work has now expanded into social work: drinks, lunches, or sitting on the beach with a banker who came from Chicago.”

It’s supposed to be a place where the lines between office and hotel, between work and play, between a lunch meeting and beach party blur. And Rosenberg picked Miami Beach for one reason: “We got plenty of condos, plenty apartments, plenty hotel keys, but not a lot of office.”

On the financing side, de Ona said the bank has seen non-stop activity in hotel, multifamily, and even retail. Hotel deals have picked up, as many players who were sitting on the sidelines jumped back in. And with the multifamily market as hot as it is, Centennial has been doing a lot of construction deals, especially for affordable, workforce and senior housing.

And it doesn’t appear to be stopping.

“I anticipate the flow of migration to continue as we head into the fall and approach the winter season,” said Eduardo Pruna, regional sales director with residential brokerage ONE Sotheby International, who’s been working with homebuyers from out of state, all of whom work remotely some, or all, of the time.

“This COVID thing is terrible, but the upside is that real estate is just booming,” he said.

And that’s the deal with the devil that Florida has made, one that isn’t over yet.

“If there is another COVID wave in winter,” de Ona said, “ultimately, Florida will benefit again.”