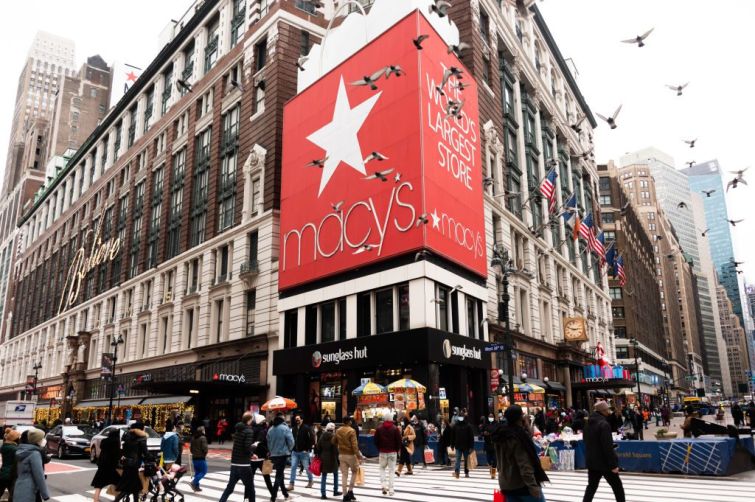 Macy’s is trying to return a billboard to Amazon.

The department store filed a lawsuit in Manhattan Supreme Court against the Kaufman Organization to block the e-commerce giant from installing a billboard on top of its iconic Herald Square flagship, court records show. However, the landlord denied in a statement to Commercial Observer that it was even in talks to lease the space to Amazon. The case was first reported by PincusCo.

“Since the early 1960s Macy’s has placed a billboard sign on the building adjacent to our flagship store at the corner of Broadway and 34th Street,” Orlando Veras, a spokesperson for Macy’s, said in a statement. “Macy’s continues to have rights relating to advertisements at that location. We expect to realize the benefits of these rights and have asked the court to protect them.”

Macy’s claims in the suit that it has held the prominent, 2,200-square-foot billboard above its 1313 Broadway flagship for about 60 years, and its original 1963 deal bans Kaufman from allowing any retail competitors from taking the space, according to the filing.

However, Macy’s right to advertise on the billboard expired on Aug. 31 and, when it started to negotiate to renew it, Kaufman CEO Edward Hart told the department store that it was in talks with a “prominent online retailer” that “there was little doubt” was Amazon, which wanted the space for itself.

Macy’s and Kaufman could not come to an agreement, but the landlord told Macy’s it was not bound by the agreement — called a restrictive covenant — and Kaufman is allowed to give the space to any advertisers “without restrictions,” according to the suit.

“The damages to Macy’s customer goodwill, image, reputation and brand, should a ‘prominent online retailer’ (especially Amazon) advertise on the billboard are impossible to calculate,” the suit read. “Amazon and other online retailers are direct competitors of Macy’s.”

Kaufman said in a statement that while it’s up to the judge to decide the case, the unnamed online retailer seeking the billboard isn’t Amazon.

“While the restrictive covenant will be up to a judge to make a decision, we want to make it clear that we’ve had no communication or negotiations with Amazon relating to the 1313 Broadway space,” the spokesperson said.