40% of Office Workers Worldwide Have Returned to In-Person Work: Report 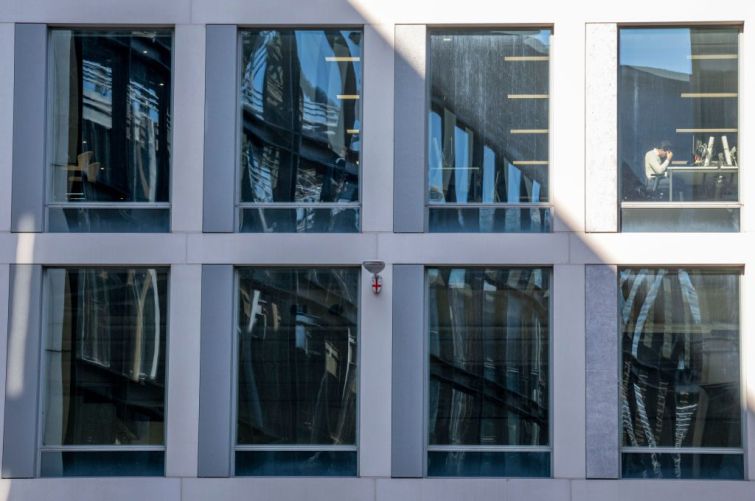 Despite companies pushing back their return-to-work plans, 40 percent of the global office workforce have headed back to their pre-pandemic commutes as of September, according to a new report from Cushman & Wakefield.

The report predicts that most office employees will return to downtown skyscrapers and office buildings by as early as the first quarter of 2022 — assuming that the latest wave of cases due to the more contagious delta variant is the final setback of the pandemic.

“Most businesses are hoping to get back as soon as possible,” David Smith, study co-author and C&W’s global head of occupier insights, said in a statement. “And based on surging tour activity, we know demand is there — so it’s not a matter of if office buildings will repopulate, but when.”

China is the leading region in getting staffers back to in-person office work, with 96 percent of its workers back in office buildings, according to the study. Europe trails far behind at 40 percent, with the United States at 34 percent, the Asia Pacific region (excluding China) at 32 percent, and Canada at 27 percent.

The study expects a global office return, but assumes that vaccination programs will continue at their current pace and that in-person school learning will return to pre-pandemic levels. Many companies delayed plans for a Labor Day return to the office, especially when the delta variant began to spread in the U.S., but C&W was more optimistic about a comeback in 2022.

The report anticipated that nearly 40 percent of people would head back into the office immediately after the world reaches “herd immunity” — a term used to describe when a significant portion of a population becomes immune to an infectious disease, mitigating further spread.

C&W estimated that more than 70 percent of the global population will either have been vaccinated or infected with the coronavirus by the second quarter of 2022, suggesting that most office workers globally will be able to return to the office early next year.

Herd immunity, however, is not a straightforward threshold. While some epidemiologists have estimated that 70 percent of the worldwide population would need to be vaccinated against the coronavirus to establish herd immunity, the delta variant and different strains of the coronavirus complicate that calculation.

Widespread vaccination is crucial for stopping the spread of the coronavirus and returning the office-going community to their regular commutes. The report anticipated that more employers would continue to mandate vaccines for staffers, especially after the Food and Drug Administration granted full approval to one of the coronavirus vaccines. And exemptions for those requirements are few and far between.

The C&W report also found that the return to the office is directly correlated with high vaccination rates and low infection rates. COVID-19 cases in the United States dropped slightly last week, though some hospitals are still overwhelmed by patients, NBC reported. If cases have peaked, the number of employees working from offices in U.S. cities may begin to creep up.

“It’s important to remember that, pre-pandemic, office buildings were never 100 percent occupied on any given day; 60 percent was generally the norm,” Kevin Thorpe, chief economist at C&W, said in a statement. “Today, we are at 40 percent globally, but of course that varies greatly from city to city.”

C&W found that office occupancy levels reached 35 percent in late July, but then receded as the delta variant spread in August. As of Sept. 15, Austin, Texas, saw the highest occupancy levels in the country at just under 50 percent, followed by two other Texas cities: Dallas and Houston, at about 45 and 40 percent, respectively.

The report comes after demand for office space rose to a 15-month high in August, reaching just 13 percent below pre-pandemic levels, according to findings from the VTS Office Demand Index.

Demand is especially high in Los Angeles and New York City, where trophy and Class A office space have grown in popularity. More people are touring high-end, office space as well: The total number of tours of trophy and Class A properties increased by 19.4 percent from July to August, while it dropped by 10.5 percent for Class B and C properties in that same period in New York City.