Commerz Real Under Contract to Buy 100 Pearl Street for $850M 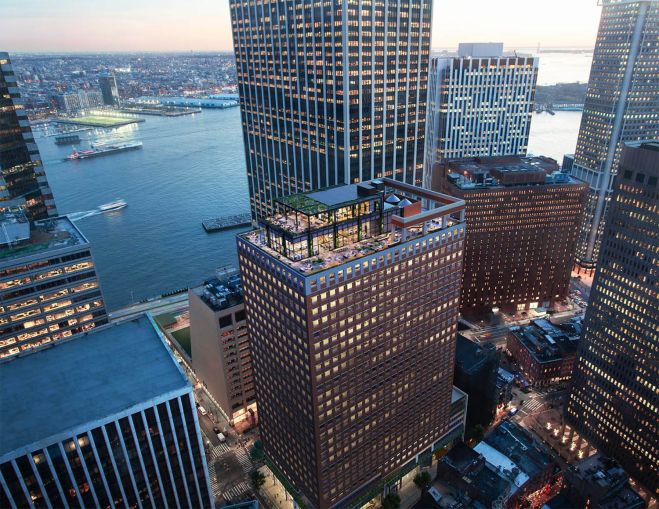 GFP Real Estate and Northwind Group have made a deal to sell their office tower at 100 Pearl Street to German investor Commerz Real, Commercial Observer has learned.

With a sale price of $850 million, or $900 per square foot, the office trade is one of the largest to take place since the pandemic hit. It also underscores foreign investors’ healthy appetite for Class A, repositioned New York office buildings, sources said.

GFP will remain in the deal under a long-term management agreement.

The full-block building, previously known as 7 Hanover Square, sits between Water and Pearl streets and comprises 967,886 square feet. Sitting in a prime downtown location with unobstructed views on all sides, it’s easily accessible via public transit, and also sits adjacent to Stone Street — home to a variety of bars and restaurants.

The building was erected in 1983, but GFP and Northwind recently completed a $250 million modernization of the asset, priming it for enhanced performance under its new ownership. Renovations include a reimagined lobby; upgrades to the building infrastructure; and the addition of a new food hall, coffee and wine bar, restaurant, and penthouse floor, plus a tenant-exclusive rooftop and amenity lounge on the 28th floor.

At the time the equity was sought, the partnership was targeting a stabilized valuation of just under $600 per square foot, per TRD.

Since then, GFP and Northwind have executed some of the most notable leases in the downtown neighborhood at 100 Pearl, including a 24-year lease with NYC Health + Hospitals and a 20-year lease with the Securities and Exchange Commission.

As part of the renovations, sponsorship created an additional private entrance for NYC Health + Hospitals, essentially forming a building within a building with the address 50 Water Street.

The 27-story corner building is currently 96 percent leased, with 92 percent of those tenants holding long-term deals that extend through 2050, sources said.

PincusCo. first reported Commerz was nearing a deal to purchase the property earlier on Wednesday.