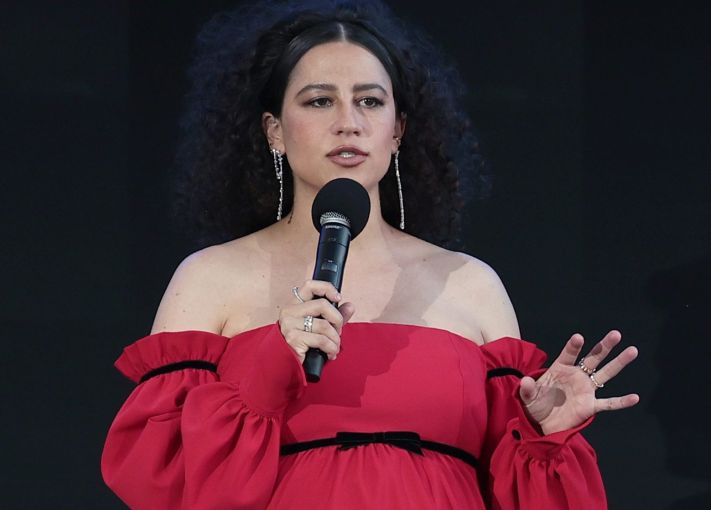 Not the goofy pothead part, but the fact that she worked at a vague online clearinghouse called “Deals, Deals, Deals!” (even if she left under somewhat ignominious circumstances).

There were deals up the wazoo this week.

In California, Standard Communities and Faring entered into a $2 billion joint venture to build middle-income housing over the next 18 to 24 months.

One real estate bucket that was avoided like grim death during the pandemic was hospitality … but not any more! There was a massive deal there, too, with Hyatt Hotels Corporation plunking down $2.7 billion from KKR & Co. and KSL Capital Partners for an extra 100 properties to add to their portfolio, essentially doubling it.

And, in the center of hospitality (Times Square), Gary Barnett’s Extell made a bold purchase: $82 million for two parcels as part of what could be a 500,000-square-foot assemblage.

There were deals in Florida, too. Aimco entered into a joint venture with Kushner Companies to sell a 51 percent stake in their Fort Lauderdale development. And, up north, Kushner sold the Washington Housing Conservancy and NHT Communities their Maryland affordable housing development Hamilton Manor for $39.5 million.

Finally, there was Oxford’s $2.2 billion buy of KKR’s 14.5 million-square-foot industrial portfolio, which was announced on Tuesday.

Of course, not every industrial deal is a good one. Blackwells Capital, for one, thinks the deal that Sam Zell’s Equity Commonwealth is striking for industrial owner Monmouth Real Estate Investment Corporation is a bad one.

Blackwells (a Monmouth investor that tried to buy the REIT earlier this year) says that Equity’s offer “significantly undervalues” Monmouth. “The best answer for shareholders is to reject the proposed transaction, reconstitute the board, and have a new strategic alternatives process that will maximize value,” Blackwells wrote in a release.

(Speaking of Sam Zell and deals, did we happen to mention in that last round of deals that his Equity Residential unloaded 454 units in L.A. this week to Prime Residential for $275 million? No? Well, he did!)

Leasing was off the hook, too, with multiple deals crossing the 100,000-square-foot mark in New York and Miami.

And, in South Florida, Miami Worldcenter inked a lease for a 10-floor, 120,000-square-foot medical center at the Legacy Hotel & Residences tower, according to its developer Royal Palm Companies.

According to Placer.ai, foot traffic has returned to off-price retailers like T.J.Maxx and Burlington, whose recent numbers are even higher than they were in 2019.

And these retailers are not just sitting on their hands: Burlington plans to open 75 new stores by the end of the year, TJX Companies (which owns Marshalls, T.J.Maxx and HomeGoods) plans to add an additional 122 stores, and Ross Dress for Less plans to open 60 stores this year.

Moreover, there was an interesting signal that the worst of the retail apocalypse might be over: 2021 is on track to have the least amount of retail closures of any year in the past decade. (This could just be the calm before the latest Amazon storm, namely a new foray into department stores. But we’ll take what we can get.)

It might explain why a retail brokerage like RIPCO would be willing to dip their toes in new waters. Specifically, they’re opening offices in Orlando and Tampa.

And, for those who want to hop on the retail train, we hear that the site of the massive  Harlem Fairway is now on the market.

Of course, not everybody had a great week. Legendary New York broker Jeff Winick was forced to unload his stake in his eponymous retail brokerage, thanks to a personal bankruptcy.

And we would be remiss if we didn’t say how sorry we were to hear that the Grand Prospect Hall in Brooklyn will be demolished. (Even if that was sort of obvious the moment we heard the deal announcing its sale.)

But there were museums!

There were not one, but two, interesting museum announcements in New York this week.

Second, Broadway would never let a sports company hog the spotlight. The Museum of Broadway landed a 26,000-square-foot lease in (where else?) Times Square’s 145 West 45th Street, which can give everyone something to sing about.

Speaking of Times Square, it’ll also be home to New York’s most recent foray into a pop-up Ferris wheel, this one 11 stories. Now, if that doesn’t bring the tourists back …