Shoppers Flock Back to Off-Price Retailers 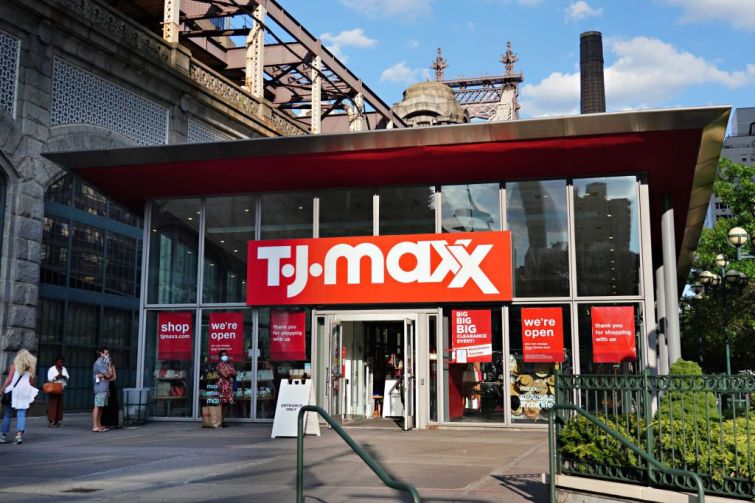 Discount retailers like T.J. Maxx, Burlington, Ross and Marshalls are seeing more customers now than they did in the summer of 2019. Photo: Cindy Ord/Getty Images

The delta variant of the coronavirus is sweeping across the country, but in-person shopping is experiencing a renaissance, with customers flocking to off-price retailers like Ross Dress for Less, T.J.Maxx and Burlington in higher numbers than they were in the summer of 2019, according to new data from Placer.ai.

Foot traffic at T.J.Maxx, Ross, Marshalls and Burlington has been up since early July, per Placer.ai. For the week ending Aug. 2, numbers were particularly high. Ross saw 12.6 percent more foot traffic than the same week in 2019, while T.J.Maxx experienced a 17.8 percent growth in shoppers compared to two years ago. Marshalls also saw an 11.6 percent increase over the 2019 baseline, and Burlington had 26 percent more customers than it did in August 2019.

All three retailers also saw an uptick in returning customers from May to July, compared to the same period in 2019. Burlington had the most significant growth in repeat shoppers, with a 23 percent increase over 2019.

Other retailers’ bankruptcies during the pandemic have been their gain, as the off-price chains scooped up merchandise at bargain prices. The companies quickly shifted to stocking athleisure clothing and home goods as Americans began emerging from quarantine last year.

“With so many bankruptcies and closures, they’ve been able to buy great inventory in recent months,” Bank of America analyst Lorraine Hutchinson told Modern Retail in January.

The discounters’ perennial appeal to bargain hunters seems to be saving them once again, even as U.S. retail sales dropped by 1.1 percent last month.

“Off-price’s success could be due, in part, to the same factor that many felt could ruin the sector at the height of the pandemic — its reliance on foot traffic,” Placer.ai’s Shira Petrack wrote on the company’s blog. “While other apparel leaders have a more extensive approach to e-commerce, off-price department leaders rely almost exclusively on in-store visits. In addition, they are uniquely positioned to drive value in a time where many other apparel retailers are seeing prices rise.”