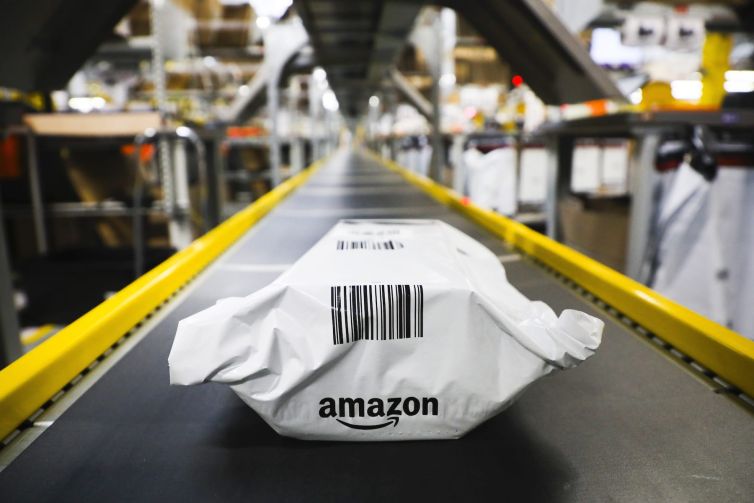 Amazon fulfillment center. The global pandemic forced consumers away from brick and mortar retail and toward online shopping, propelling the warehousing and logistics market in California. Photo: Beata Zawrzel/NurPhoto

Amazon plans to open large retail stores similar to department stores as it expands more into the world of physical shopping.

Some of the first stores will open in Ohio and California, The Wall Street Journal reported. The e-commerce giant’s plans will likely further shake up the retail sector — one Amazon is already known for disrupting — tightening its grip that much more on the sales of household items, clothing, electronics and other goods.

An Amazon spokesperson declined to comment on the potential impact on brick-and-mortar retail, saying the company would not speak about “rumors and speculation.”

The stores will be around 30,000 square feet each — smaller than the traditional department store size of 100,000 — and will sell Amazon’s private-label goods as well as top consumer brands, WSJ reported.

The push into department stores has been roughly two years in the making, when Amazon approached U.S. apparel brands with the idea of opening large-scale stores, WSJ reported. But the department stores would be far from Amazon’s first foray into physical retail — the company built its first physical store, a bookstore, in Seattle in 2015 and has more than two dozen Amazon 4-star stores in the U.S., WSJ reported.

The multibillion-dollar company has also launched bookstores in Portland, Ore., Seattle; Chicago, San Diego, and Boston’s suburbs, and several physical shopping concepts, including pop-up shops in malls across the country, which Amazon closed in 2019. That year, the company leased a dozen locations in L.A. with plans for a grocery-store chain different from the Amazon-owned Whole Foods, Commercial Observer reported.

The company was even rumored to be considering opening physical pharmacies in Boston and Phoenix after Amazon Pharmacy — which lets people buy prescription medicines online and receive two-day shipping if they pay for a Prime membership — launched in November of last year. (Amazon said that the company would not comment on rumors or speculation then as well.)

An Amazon entrance into the department store world would likely represent another hit for traditional department stores. The company’s online shopping platform helped push mall operators and other physical stores into decline. Solidifying Its lead, Amazon is now the largest seller of clothing in the U.S., WSJ reported.

The tech giant’s business model has been financially successful, while physical retail spaces have suffered. The coronavirus pandemic further pushed consumers toward e-commerce and away from physical retail. Last year, major retailers, including J.C. Penney, Neiman Marcus Group, Lord & Taylor and Stage Stores, filed for bankruptcy, though some shoppers have returned to physical stores.

As Amazon pushed into physical retail during the pandemic, the company has also pushed its employees to work in unsafe conditions, according to a lawsuit from New York Attorney General Letitia James, claiming that Amazon had “flagrant disregard for health and safety requirements” at sites in New York. Amazon previously told CO that it cares about the health and safety of its employees and is proud of its response to the pandemic.

Amazon preemptively sued to stop James from investigating the company for allegedly failing to disinfect portions of a Staten Island warehouse after an employee tested positive for the coronavirus, wrongfully firing a worker who expressed safety concerns to the company, and having “deficient” contact tracing procedures. A federal judge dismissed Amazon’s suit just under two weeks ago, allowing James’ investigation to move forward.