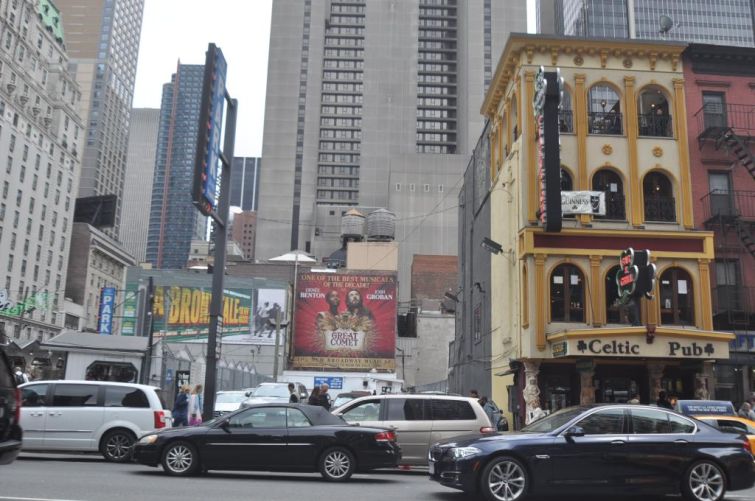 Extell Development’s Gary Barnett is assembling a through-block site in Times Square that could give way to a mixed-use development spanning more than 500,000 square feet.

Extell purchased two parcels last month at 738 and 740 Eighth Avenue for $31 million. Then, it spent $51 million on 330,793 square feet of development rights from several adjacent parcels on the block of Eighth Avenue between West 45th and West 46th streets, according to public records.

Broadway’s largest theater owner, the Shubert Organization, was the seller of the air rights and the two parcels, both of which are vacant and currently used as parking lots. The deal for the development rights requires that Extell stop construction whenever performances are happening at Schubert’s Imperial Theatre, which is next to the site.

The developer also took out a $65 million mortgage from JPM Ex Portfolio Seller LLC, which is an entity affiliated with Extell. The property sale was first spotted by Crain’s New York Business, and The Real Deal noticed the development rights and financing. Extell has spent at least $186 million since 2014 buying up the rights to 12 different properties, according to TRD.

Barnett told TRD that the project would be mixed-use and that he hopes to break ground in the next year. Neither Barnett nor Schubert immediately returned requests for comment.

There are only three buildings along this block of Eighth Avenue that Extell doesn’t control. The three small properties — which are home to an Irish pub, a gift shop, an Italian restaurant and a handful of apartments — will apparently remain as Extell develops the rest.