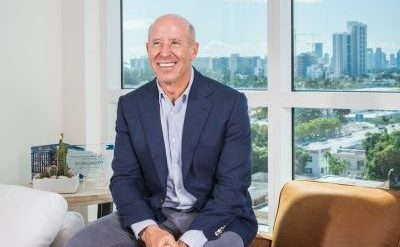 Sternlicht’s Starwood Capital Group made the latest move in what has become a monthslong saga to buy industrial giant Monmouth Real Estate Investment Corporation out from under Sam Zell’s Equity Commonwealth (EQC). If accepted, Starwood’s new proposal would offer $19.93 per share and, after Monmouth covers EQC’s $72 million termination fee, would provide Monmouth shareholders with a net of $19.20 per share.

Starwood’s first unsolicited offer made waves at $18.70 per share, which the company raised to $18.88 in July. Although Monmouth declined that proposal, standing by EQC, Starwood’s recent offer is a continuation of that pitch — only with higher value. The latest effort has also retained the original 100 percent cash offer. For comparison, EQC is slated to cover 35 percent of the deal in cash.

“Our increased all-cash offer is superior to EQC’s revised proposal given the higher certain value that is not exposed to market risk or dependent upon unproven execution,” Starwood Managing Director Ethan Bing said in a statement. “The EQC offer requires Monmouth shareholders to forgo the certainty of our higher cash offer in exchange for speculative value creation from a merged entity with no synergies and no obvious competitive advantages in the highly competitive industrial sector where EQC has not actively participated.”

In May, EQC agreed to pay $3.4 billion in an all-stock deal in Monmouth. The current arrangement stands with EQC slated to pay $19 per share, though that deal has been met with its own share of criticism. Earlier this week, EQC slightly increased its bid, but the Monmouth board increased the EQC termination fee by $10 million, resulting in backlash.

“The Monmouth board’s decision to increase the termination fee for EQC, without having engaged in a single conversation with a committed all-cash bidder already at a significant premium to EQC, is yet another disappointing breach of faith to its shareholders — a clear effort to protect EQC from competing bidders willing to offer superior and more certain value to Monmouth shareholders,” Bing said. “In contrast, Starwood has not raised its termination fee in connection with its revised offer.”

Beyond Starwood, other parties have pushed back against Monmouth’s relationship with EQC, pointing to EQC’s limited industrial real estate experience as well as uncertainty surrounding the value of Monomouth’s shares. On Aug. 6, Institutional Shareholder Services (ISS) issued a report urging against the EQC-Monmouth merger, concluding that “there remains substantial uncertainty that the combined company will be able to execute on the post-transaction opportunities touted by [Monmouth]’s board.”

Monmouth shareholders will vote on the proposed EQC merger at the end of the month, and it would require two-thirds of the vote against it to fail, according to a Starwood spokesperson.

But, Starwood and ISS aren’t the only ones against the deal. On Tuesday, Monmouth investor Blackwells Capital — which, like Starwood, failed to acquire Monmouth earlier this year — announced similar opposition to EQC’s stake in the company.

At this time, Starwood has urged Monmouth to declare its offer superior to EQC’s and jump on board with the proposal as quickly as possible. Monmouth’s board is currently assessing the enhanced offer and has yet to decide on an action, according to a statement from Monmouth.

A spokesperson for EQC did not immediately respond to a request for comment.