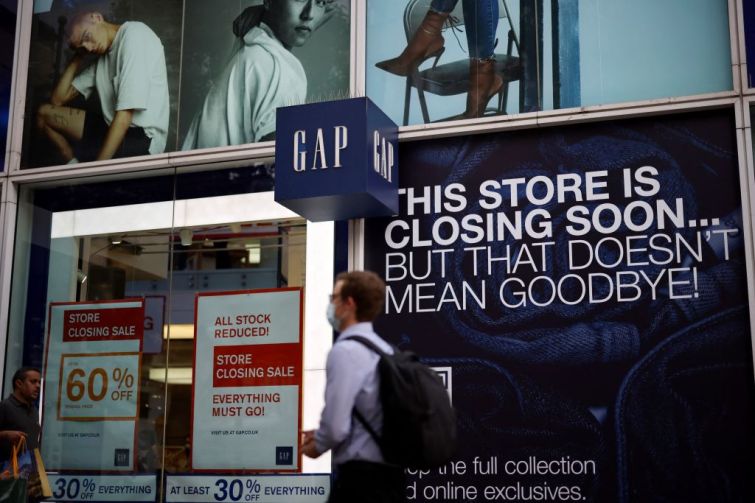 The U.S. is on track to have its lowest amount of retail store closing in more than a decade. Photo: TOLGA AKMEN/AFP via Getty Images

This year is on track to have the least amount of retail stores closing up shop in more than a decade, a huge improvement from the record number of closures last year, according to CoStar Group data.

The reasons for the dramatic turn can be attributed to the rebound in consumer spending in retail shops, the slow return of workers visiting shops around their office, and experiential retail’s comeback as vaccinated people feel safer venturing out of their homes, said Kevin Cody, a senior consultant at CoStar.

But one of the biggest reasons is that many retailers already closed huge numbers of locations last year, leaving only their strongest outposts alive.

“A lot of retailers were forced to accelerate their closure plans,” Cody said. “Stores that may have been in trouble were forced to do that earlier due to the pandemic.”

And as the pace of store closings slows, some brands have been rushing to open new outposts.

In April, store openings outpaced closures, as retailers took advantage of high vacancies and lower rents, with discount chains Dollar General, Dollar Tree, Family Dollar and Five Below driving most of that, according to a report from Coresight Research.

Off-price clothing store Burlington — which has seen a huge amount of foot traffic recently — has also announced a push to open 1,000 smaller-format stores around the country.

Foot traffic keeps increasing, too, as does the amount of money people are spending inside. In-store sales increased 15.9 percent from pre-pandemic levels as of June, according to CoStar.

But even as retail looks much better than it did last year, it’s not out of the woods yet.

“There are still certain headwinds and things that the market will have to overcome,” Cody said. “How it was overbuilt prior to the 2008 recession and e-commerce is still going to be a big threat.”

Amazon reportedly planning to open retail shops of around 30,000 square feet each doesn’t bode well for traditional retail. Plus, there’s the coronavirus’ highly contagious delta strain spreading across the country, forcing dozens of companies to push back their return-to-office plans.

While retail sales dropped by 1.1 percent last month, something many attributed to the delta variant, Cody said its impact hasn’t fully been felt in brick-and-mortar stores yet.

“It’s definitely a possibility, but I don’t think we’ve quite seen it yet,” Cody said of any possible impact. “We haven’t seen foot traffic decline yet.”