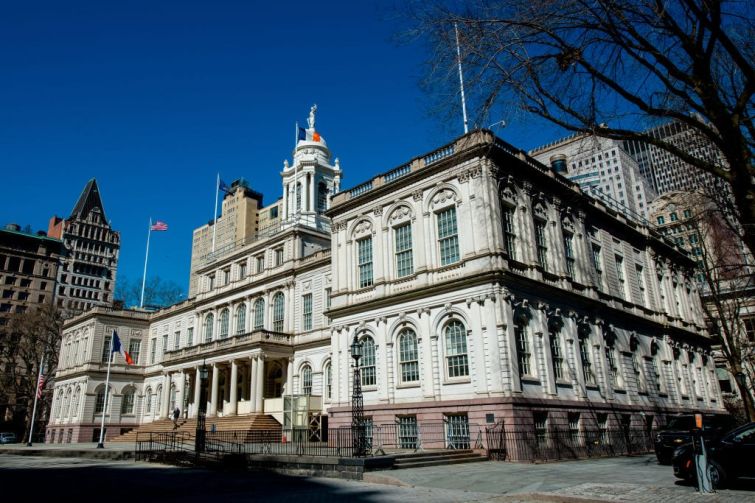 Just about the moment we stopped talking about the national election, New Yorkers turned inward and began looking to the end of the de Blasio era. There were a lot of contenders to take his place now that Mayor de Blasio was being term-limited into retirement (not that we would’ve put his chances terribly high for reelection).

Well, after months and months of jockeying for first place, Tuesday is the big day, and we will soon know who will be the Democratic nominee (although, thanks to ranked voting, we likely won’t know for at least a few days) and, therefore, the almost-certain-to-be-elected mayor of New York City.

One thing that hasn’t received nearly as much attention is the race for City Council. The current council has been the most politically progressive council (and anti-landlord) in its history and, as it turns out, around 40 of the council’s 51 seats are completely up for grabs in November, a massive turnover. But landlords who are dreaming of a friendlier, less-antagonistic council, will probably not breathe a sigh of relief any time soon. It’s very possible that an even more left-wing council awaits.

The District 35 race is illustrative: It is currently being fought between Crystal Hudson, former aide to outgoing councilwoman Laurie Cumbo, and Michael Hollingsworth, a graphic designer and tenant advocate, who grabbed a Bernie Sanders endorsement and whose platform includes a bill that would cancel rent during the pandemic, repeal 421a, and end capital improvements.

The new council will no doubt be a big issue that the Real Estate Board of New York will deal with in the coming months.

Speaking of REBNY, after postponing their annual banquet and awards ceremony in January, they came back last week and honored some of the big names of real estate, including Bess Freedman, Kevin McCann, Gregg Schenker, Robert Shaprio, Alan Wiener, Laurie Zucker and New York’s essential workers (an accolade accepted on their behalf by Gary LaBarbera, Kyle Bragg and Kuba Brown.) But, we also looked at the progress REBNY’s made on their diversity initiatives and what the board is doing to aid the city’s recovery, now that New York has finally lifted COVID-19 restrictions.

The good (and a smidge of bad) news

As per usual, there was a mix of good and bad news. (No frogurt, alas.)

To start with some bad, a Chetrit Group CMBS loan of $177 million on 850 Third Avenue has hit special servicing. And CBRE decided to take FreshDirect to court for trying to renege on $400,000 worth of fees.

But there was actually plenty more good to share. Sales, for one!

In Washington, D.C., WashREIT sold off its office portfolio to Brookfield Asset Management for $766 million; it consists of a good 2.37 million square feet of office space. And, in Manhattan, Igal Namdar and Empire Capital Holdings shelled out $107 million for 345 Seventh Avenue, a 220,000-square-foot office building right near Penn Station.

Leases, for another. In L.A., legendary talent agency CAA renewed its 290,000-square-foot lease at 2000 Avenue of the Stars in Century City. In Miami, Citadel is hungry for even more office space. The San Francisco-based cryptocurrency platform Coinbase just nabbed 30,000 square feet of sublease space from Steven A. Cohen’s Point72 at 55 Hudson Yards. And FlatRate Moving just opened its first retail store at 936 Broadway. (Before you say, “What the heck does a moving company need with a retail store?”, we’ll answer that for you: packing materials!)

And there was some good overall news for the industry: a lot of companies are hesitant to reduce their office footprint, a new CBRE study found. Plus, according to a report from Avison Young, the worry about reduced lengths for leases might be overblown as well. And there has been so much demand in the ground lease sector that some players can’t even find a foothold in the space.

Oh, and there were financings! Wells Fargo and JPMorgan Chase closed a $250 million refinance of 375 Pearl Street, and, in the Windy City, Beacon Capital Partners sealed a $370 million refinance for the 1.2 million-square-foot AMA Plaza.

In work-from-home news, American Express is allowing staff to work two days per week remotely from now on, which seems to be a step in the opposite direction from what we had been seeing lately. Just this week, Bank of America called all vaccinated workers back to the office, starting after Labor Day.

The heck with the Styles Section!

There’s nothing we like more on a lazy Sunday afternoon than to lounge around our homes and look at the pretty pictures.

This week, we saw some really pretty pictures of … the Brooklyn Navy Yard?

No foolin’. The renderings of the buildout (which has cost hundreds of millions, when you look at all the work being done throughout the 300-acre yard) are incredible: polished concrete floors, suspended plant walls, large oversized windows.