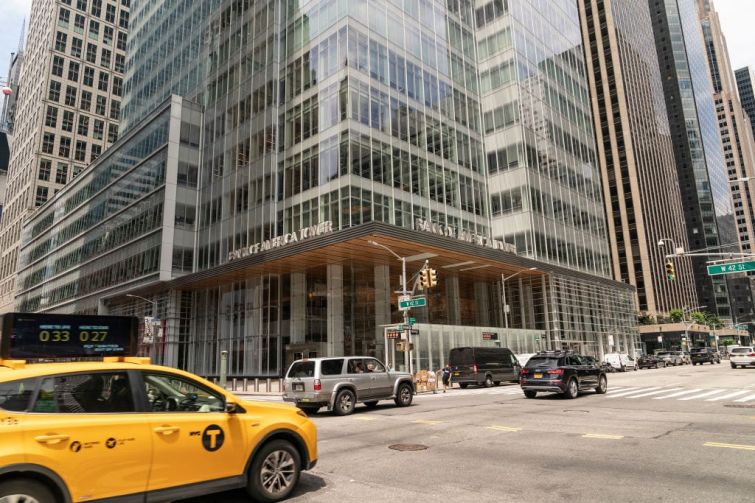 Bank of America wants all of its vaccinated employees to return to the office after Labor Day in September, joining a wave of competitors that have started to do the same after more than a year of mainly remote work.

CEO Brian Moynihan told Bloomberg Television on Thursday that he expects the more than 70,000 of Bank of America employees who have voluntarily disclosed their vaccination status to come back to its offices, and then will work on a plan for unvaccinated staff to come back.

“Right now, we’re moving people back who are vaccinated,” Moynihan told Bloomberg Television. “We’re concentrating on getting them back to work, because that allows people to move about under the [Centers for Disease Control and Prevention] guidelines without masks and things like that.”

Bank of America has more than 210,000 employees around the world and occupies nearly half of One Bryant Park in Midtown, also known as Bank of America Tower.

The firm joins banks, including JPMorgan Chase and Goldman Sachs, who have already started calling staff back to their U.S. offices. Moynihan did not talk about remote work plans for Bank of America going forward, contrasting with American Express, which told workers on Tuesday that they can remain remote two days a week permanently.

That was a different tone than the one struck by Morgan Stanley CEO James Gorman, who said on Monday that he would be “very disappointed” if U.S. workers don’t head back to the office in September.

“If you can go into a restaurant in New York City, you can come into the office,” Gorman said at a conference, according to the BBC.

Gorman added that he has not yet set a minimum number of days that employees will be required to come into the office, but cautioned that ones based in New York will have to stay locally.