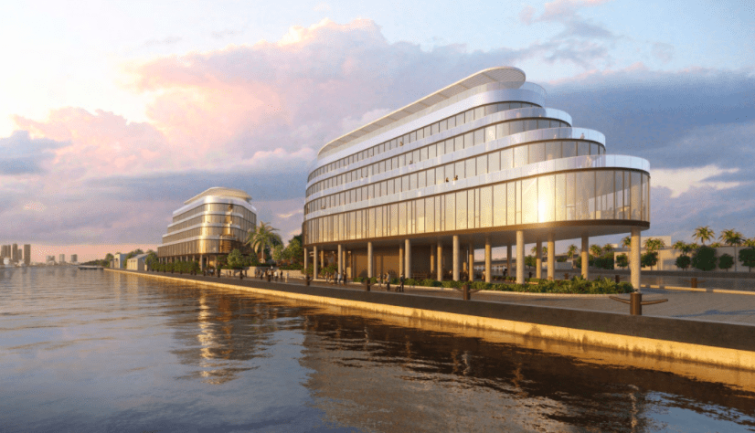 The hedge fund is considering the Related Group’s development on Terminal Island called One Island Park, according to multiple sources.

Citadel first had its sights set on Miami’s downtown area. Back in January, Business Insider reported that Citadel had shortlisted 830 Brickell, OKO Group and Cain International’s trophy office tower, for a lease as large as 80,000 square feet.

The financial firm paused those talks because it was interested in the development on Terminal Island, sources said.

Just across the street from Terminal Island, Citadel founder and CEO Ken Griffin has spent about $95 million on several mansions on Star Island, per The Real Deal. In December, Griffin paid $25 million for 10 Star Island Drive, adding to his collection there, per the report.

But Citadel’s office search remains in the early stages. “Citadel is still evaluating a number of options in Miami”, said a source familiar with the firm’s plans.

The contours and details of a potential deal are unclear. A source not involved in the talks said the hedge fund is discussing doing a “shared-equity” deal with Related.

A representative for Related declined to comment. In a previous interview with Related Group President Jon Paul Pérez for CO’s annual Power 100 list in May, the developer acknowledged that two of the “biggest financial services in the world” were negotiating for space at One Island Park. He declined to divulge further details.

Citadel’s search follows a long list of major financial firms that have signed Miami leases this year, thanks to the city’s pro-business government and the state’s low taxes. These include Thoma Bravo, Point72 Asset Management, and D1. More, such as Millennium Management and Apollo Global Management, are touring the market.

Citadel has already dipped its toes into the Florida waters.

In response to pandemic-related lockdowns, the company’s sister market maker, Citadel Securities, opened a trading floor inside the Four Seasons Resort Palm Beach in March 2020. Traders and hotel staff worked and lived within the confines of the luxurious establishment, as CO reported. Employees could only enter the hotel after quarantining, and guards were stationed along the perimeter of the property. Citadel closed the makeshift office a year later in April 2021.

Headquartered in Chicago at 131 South Dearborn Street, Citadel has offices across the world in New York, San Francisco, London, Hong Kong, and Singapore. The hedge fund has $35 billion under management.

Miami-based Related Group is widely considered Miami’s largest condo developer, but also has few office buildings in its portfolio. These include the Wynwood Annex and 2850 Tigertail, which boasts high-profile, new-to-market tenants, like hedge fund D1 and venture capital firms Founders Fund and Atomic.

While an affiliate of Stephen Ross’ Related Companies, the Related Group, led by father and son Jon Paul and Jorge Pérez, is separately owned and operated.