Is There Space for Surging Modern Ground Lease Interest? 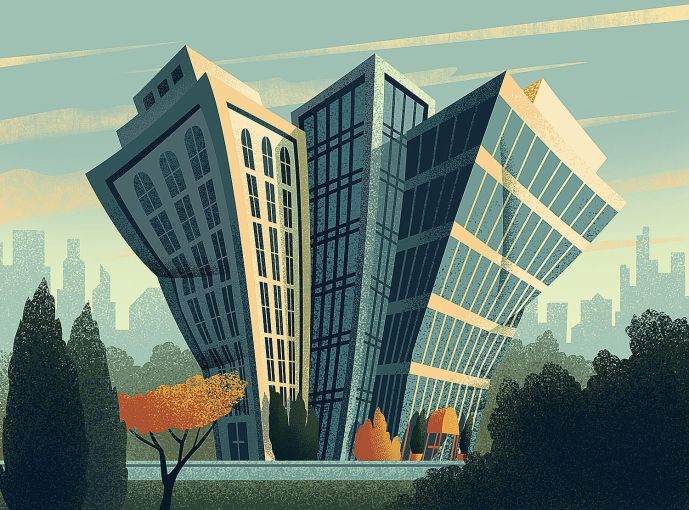 The modern ground lease has the wind at its back, commercial real estate experts say, with a growing number of companies looking to join the party as more developers and property owners eye the strategy as a financing vehicle. What’s more, unknowns facing a number of office properties, including remote working trends, only make ground leases a more attractive option.

“Given the times — and particularly through COVID — for many of these properties facing some form of stress with increased vacancies or deferred capital maintenance, I think that there will be more owners who are willing to look at a ground lease structure by retaining a fee and bringing in an experienced operator on the leasehold position,” said Michael Kazmierski, president and principal of Kaufman Organization’s investment arm, Kaufman Investments. “The more transactions that are out there, the more opportunities there will be for groups that have wanted to do ground lease transactions.”

The structure, long used simply as a way to profit from a particular property without owning it outright, does face challenges in transitioning to a financing source. And the novelty of it all means there might not initially be enough supply to meet investment demand.

Still, ground leasing has been picking up for a while in New York and a handful of other markets, with an increasing number of real estate investment firms honing in on the strategy.

Manhattan-based Safehold still has a big head start on the competition, though, entering 2021 with $700 million in purchasing power. Jay Sugarman, Safehold’s chairman and CEO, said there is potential to double its current $3.2 billion business in the next two years, and he’s hoping for increased competition to provide more options for the $7 trillion CRE market.

“The business is going to continue to grow and we can’t be everywhere,” Sugarman said. “Our mantra is to be the low-cost leader in the market, but, just like any market, not everybody is going to take that same strategy and some are going to be higher cost and maybe take more risk.”

Safehold, which went public in 2017, has a portfolio of around 75 ground leases nationally, mostly at office assets, with about 40 percent located in the Northeast. Sugarman has actively sought to educate the real estate industry on the benefits of modern and flexible ground lease structures that can increase returns for property owners and developers.

“We want people to begin to see that this is a new industry, a new asset class,” Sugarman said. “It is not going away and is going to become part of the mainstream conversation in every commercial real estate field in the top 30 markets around the country.”

David Eyzenberg, president of Manhattan-based Eyzenberg & Co., which has teamed up with Safehold on a number of ground lease deals, is looking to differentiate itself in the marketplace by offering advisory services to land owners looking to monetize their properties, in addition to providing capital on more traditional transactions.

Eyzenberg has seen a “huge uptick” in the company’s advisory business and expects this to continue, due to low interest rates coupled with expectations that rates may go up soon.

Eyzenberg has also utilized ground leases through its advisory side for financial planning and estate planning purposes. Wealthy individuals not in the real estate business are exploring ground lease investments via a family trust structure that owns the lessee in order to pass on wealth to future generations.

As more investors learn about the advantages of the modern ground lease, Eyzenberg said he expects the market to grow bigger with more capital support from lenders. He noted that the fastest-growing part of his business is derived from private property owners, who may lack knowledge about financing options that developers have at their disposal.

“The more that people begin to familiarize themselves with ground leases and the more the lending universe comes around to ground leases, the less frictional cost there is to actually getting them,” Eyzenberg said. “It is a wide-open universe and I truly believe there is much more supply that can be created if there are more entrants kicking the doors.”

Since launching last November, armed with $1.2 billion of buying power, Manhattan-based Haven Capital is already exploring adding an additional fund now that it’s closed its first few deals. Haven tapped Joseph Shanley from SL Green Realty Corp. as head of acquisitions and has since brought on eight new staffers, with three to five additional hires planned by the close of 2021.

Haven is looking to originate and acquire ground lease positions nationwide across all asset classes. Shanley expects to be able to execute 100 percent of Haven’s first fund over the next 12 months, due to heavy demand for ground leases at office, multifamily and hotel properties across the top 50 U.S. cities. He noted that a buyback option with different pricing mechanisms has proved popular and helped set it apart.

Not everyone is bullish on the modern ground lease having sustained momentum, however.

Francis Greenburger, chairman and CEO of Time Equities, called ground leasing “conceptually flawed” and a “misfit” because of complications that can arise with lenders, given that the first mortgage is typically the most senior loan in a typical capital stack.

Greenburger said economic realities could hold back ground leasing from truly taking off as a vibrant financing vehicle in commercial real estate.

“If you have a ground lease on the building, they are effectively in the first mortgage position; and if you are then trying to get a mortgage on the leasehold position, it’s in a riskier position,” Greenburger said. “The lender who gives you that leasehold position is going to want more interest; yet, typically, the ground lease person wants a return that is higher than a typical first mortgage.”

For the ground lease market to ultimately gain broader acceptance in real estate circles, increased flexibility will be crucial to attract new customers, according to Shanley. He also stressed that education is key to bring the strategy to the next level of real estate financing.

“It is a market that is in its very early days,” Shanley said. “As investors become more comfortable with what the modern ground lease is and the price at which leasehold values should trade, that will really be the catalyst that brings the ground lease product as a financing component to maturity.”