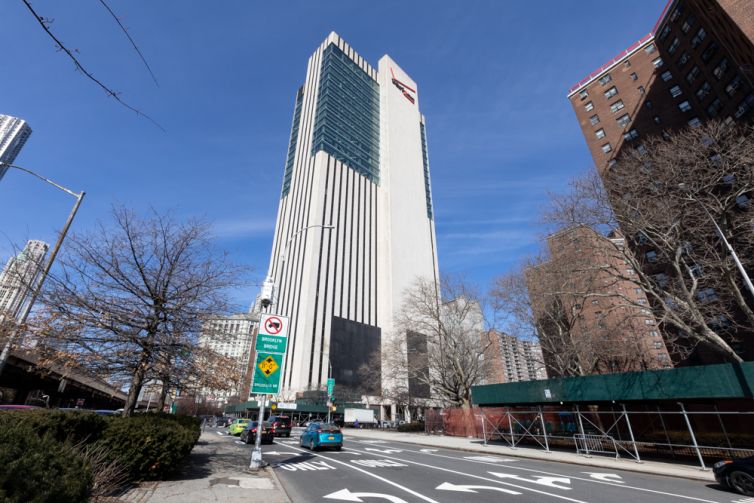 Proceeds will be used to retire $234 million in existing debt on the property, fund upfront reserves and closing costs, and return $6.5 million in equity to the sponsors.

The financing is collateralized by the 573,083-square-foot, Class A office condominium unit which occupies 16 floors within the 32-story, 806,801-square-foot, office and data center building.

It was built for the New York Telephone Company back in 1976. Since then, it has also been known as the Verizon Building, One Brooklyn Bridge Plaza and Integrate.Manhattan. Previous owners include Taconic Partners, which bought the building from Verizon in 2007 in a sale-leaseback deal before selling it to Sabey and NREA in 2011.

The building was once on the Daily Telegraph’s list of the most unattractive buildings in the world. But, with Sabey and NREA at the helm, it underwent a sweeping and dramatic renovation in 2016, after which Rafael Viñoly Architects promptly signed its 20-year lease at the property.

Per a Fitch Ratings presale report, sponsorship invested $159 million to convert former data center space into Class A office space. Upgrades included replacing the facade of floors 18 through 31 with a glass curtain wall, plus a new lobby and public plaza. New York City invested $44.5 million in its own buildout, in addition to sponsorship’s investment.