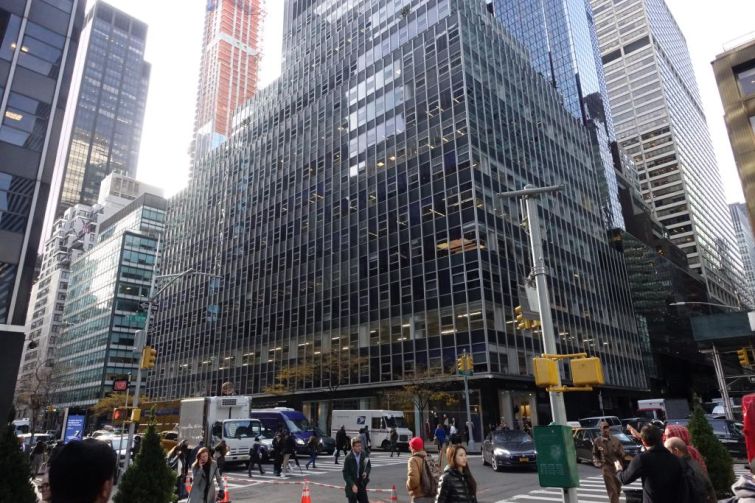 The $177.2 million commercial mortgage-backed securities (CMBS) loan for Chetrit Group’s office property at 850 Third Avenue in Manhattan is in special servicing after facing imminent default, according to a Trepp report released Wednesday.

The 21-story, Midtown East office property is the collateral behind the single-asset, NCMS 2018 850T, $342 million deal originated in July 2018 — at the time, on behalf of a joint venture headlined by Chinese conglomerate HNA Group. Natixis provided the $242 million senior loan, while Paramount Group and Harbor Group International teamed up to provide $100 million of mezzanine financing, Commercial Observer previously reported.

While the floating-rate loan matures next month, there are embedded extension options that could push the maturity out until 2023. Wells Fargo is the special servicer on the transaction.

At the time, the 2018 debt package replaced $238 million in acquisition financing provided by Morgan Stanley in March 2016 to facilitate HNA and MHP Real Estate Services’ purchase of the 21-story building for $436 million. Year-end 2020 financials showed the property at only 57 percent occupancy, compared to 91 percent for 2019, according to Trepp.

The 600,000-square-foot building saw its top tenant, Discovery Communications (now known as Discovery Inc.), vacate the property after its lease ended in May 2020 following a rent dispute, per Trepp. Discovery had previously leased 31.4 percent of the building’s total square footage.