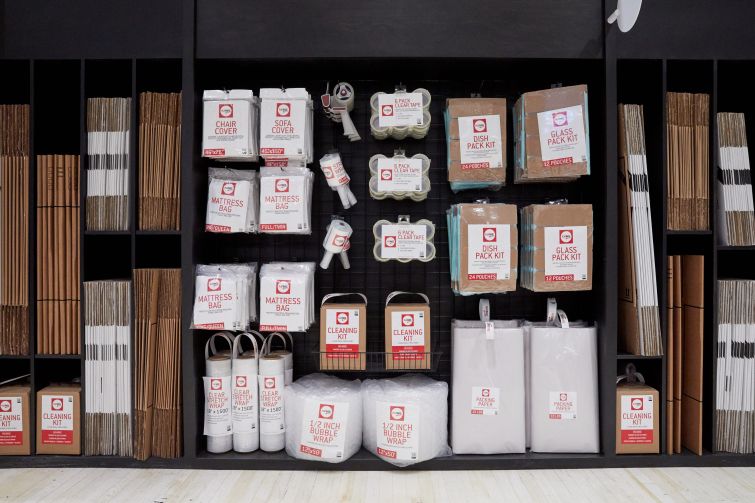 FlatRate Moving is getting into the retail game.

The Manhattan-based, self-storage and moving company will open its first retail outpost, dubbed “The Box Store,” at 936 Broadway on Thursday.

The 5,000-square-foot Flatiron District store will sell packing materials and also serve as a hub for shipping services, according to the company. This includes a pickup for Amazon packages, a shipping service for bicycles, and mailboxes.

FlatRate also launched a service where people can drop off or pick up items from its storage facilities around the country, and even created a conference room for up to 10 people to rent.

“This new retail store is all about creating a successful moving experience,” Sharone Ben-Harosh, founder of FlatRate, said in a statement. “Planning and packing are important for a successful move and people’s possessions need special care that we can provide.”

The store also plans to host workshops for people to learn the best way to pack for a move.

FlatRate said part of the impetus to move itself into the retail game was that the moving industry has boomed in the city during the pandemic.

Between March and April 2020, the number of New Yorkers moving to Connecticut grew by 74 percent, to Long Island by 48 percent, and to New Jersey by 38 percent, according to FlatRate.

Meanwhile, the self-storage industry — which thrives on death, displacement, divorce and disaster — has also been winning the pandemic. The average monthly rents for self-storage increased markedly in April compared to the same time last year, according to a report from Yardi Matrix.

Update: The story has been updated to show the store will open on Thursday.