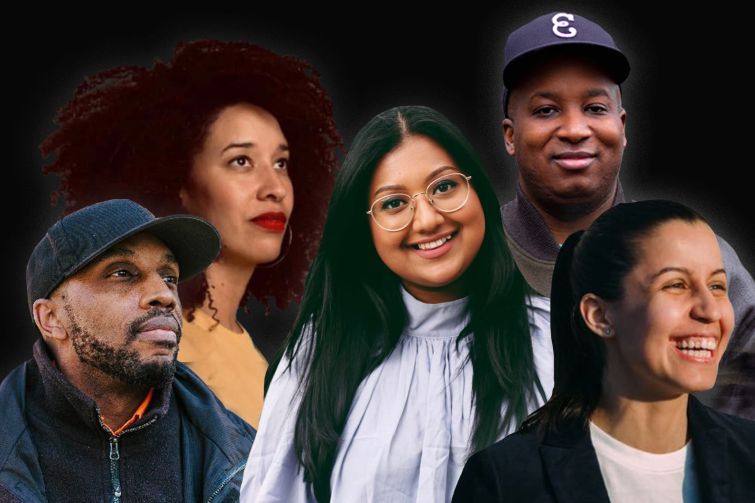 New York is about to elect an almost completely new City Council, with a slew of left-leaning candidates endorsed by the Democratic Socialists of America leading races in certain consequential seats. But it’s not clear what that will mean for land use and housing policy at the city level, particularly considering the three front-runners for mayor are moderate Democrats.

Nearly 40 of the council’s 51 seats are open and up for grabs in the upcoming June 22 primary, and a broad array of candidates, from DSA-endorsed leftists to establishment Democrats and conservative Republicans, are jockeying for the open slots. All but two of the returning incumbent members are also facing challengers. Several of the most contentious races are happening in gentrifying neighborhoods in the outer boroughs, including Astoria, Long Island City, Crown Heights, Bushwick, Gowanus and Jackson Heights.

One particularly illustrative race is unfolding in City Council District 35 in Brooklyn, which encompasses Fort Greene, Clinton Hill, Prospect Heights and southern Crown Heights. The current council member, Laurie Cumbo, will be term-limited out at the end of 2021 after eight years, like 27 other council members who are leaving their seats.

The two front-runners are Crystal Hudson, a former Cumbo aide, former deputy public advocate to Public Advocate Jumaane Williams, and founder of Greater Prospect Heights Mutual Aid; and Michael Hollingsworth, a graphic designer and tenant organizer who has worked with the Crown Heights Tenant Union since 2016.

Endorsed by the DSA, Vermont Sen. Bernie Sanders and grassroots social justice organization New York Communities for Change, Hollingsworth has a fairly radical housing platform. He supports a state bill that would cancel rent during the pandemic, ending major capital improvements, repealing the 421-a tax break for new development, and eliminating the city’s current rezoning process. He also opposes the proposed SoHo/NoHo rezoning, which the City Planning Commission recently certified, despite local groups’ attempts to block it with a lawsuit.

Naturally, some in the real estate industry are concerned about Hollingsworth’s candidacy. Last month, he told progressive monthly newspaper The Indypendent that “old and new residents of the district understand that luxury development is a threat to poor and working-class people. They know that gentrification doesn’t happen in a vacuum. Instead it’s the result of a set of decisions made by the political establishment working hand-in-hand with big real estate.”

Hudson — who is backed by powerful Democratic politicians like Reps. Hakeem Jeffries and Yvette Clarke, as well as influential labor groups like 32BJ SEIU, the New York Hotel and Motel Trades Council, and the United Federation of Teachers — is widely viewed as the establishment Democratic candidate in the District 35 race.

But the pro- and anti-real estate positions in the race may not be as simple as they appear.

Hudson’s housing platform overlaps with Hollingsworth’s in many respects — including the repeal of tax breaks for developers, the creation of a universal right to counsel in eviction proceedings, and the expansion of community land trusts — but she largely avoids his most controversial policies. She also plainly spells out her support for rezoning wealthy neighborhoods like SoHo.

Notably, Hudson tweeted on June 10 that she opposed Common Sense NYC’s spending in her race: “Racist republican billionaires do not get to decide the future of New York City elected leadership. Period. That’s not how we move in Brooklyn or anywhere in NYC.”

“I think it’s a mistake to think Crystal would be pro-development, and Michael wouldn’t be,” said one real estate developer, who asked to remain anonymous. “He’s made comments to people we know that he wouldn’t be anti-development. A lot of people on the left are taking up the SoHo rezoning and the idea of doing affordable housing in expensive neighborhoods. And even some DSA people have supported that. I think there are people who are going to back Crystal, because they think she’ll be more pragmatic, but I don’t know if that’s right or not.”

The developer added that, “real estate is not monolithic, and it’s not like we’re all agreeing with Steve Ross, or even know him or have met him.” The developer didn’t feel that next year’s City Council would be significantly more anti-development than the current one, either. The biggest factor in land use policy may end up being the new City Council’s inexperience.

“I think we have so many new members that might be well-meaning, but might not understand the ramifications of what they do,” the developer said. “I identify much more as a liberal-leaning person, and I might agree with their ideas, but disagree with their approach to getting it done. The fear is that it could be destructive but with good intentions.”

Democratic political consultant Bradley Honan agreed. He went a step further and argued that the much-rumored progressive domination of the City Council wasn’t going to happen at all.

“I challenge the idea that the progressives are going to do as well in the elections citywide as many people are predicting,” he said. “I don’t think there’s going to be as much of a progressive takeover as people think.”

He referenced a recent joint poll he conducted of the readership of political news site City & State. The poll asked whether “real estate not having a seat at the table is going to be the new normal after the June primary. And a substantial majority said real estate will have a seat at the table.”

The real estate industry doesn’t need to view the new council as a threat, Honan explained.

“We continue to see the strength of moderate Democrats in most of the council races,” the pollster said. “I think there are other existential threats to the real estate industry, but a DSA takeover of City Hall is just not in the cards this year.”

The dynamic of the Hollingsworth-Hudson race is playing out in several other neighborhoods.

A few developers behind a super PAC, Voters of NYC, apparently see Nurse as enough of a threat that they paid for ads supporting Diaz. The group, funded by Silverstein Properties, William Zeckendorf’s WLZ Properties and Rosewood Realty Group, spent $13,457 in support of Diaz, according to the city campaign finance board.

“What is scary is the fact that you now see all of these various independent expenditures funded by bad guys like Stephen Ross and the real estate industry, who have taken it upon themselves to buy votes through their independent expenditures,” Camille Rivera, a progressive political consultant and co-founder of New Deal Strategies, said. “They’re buying candidates who they hope will stand with their values or spending against candidates they know stand for working people. Real estate is definitely trying to buy the election in the Sandy Nurse race. That council race is vitally important.”

Rivera pointed to several other races where Common Sense NYC, the Ross-funded super PAC, had spent on campaign ads against DSA-backed or progressive candidates. The group paid for $20,840 in ads against Jaslin Kaur, who’s running in a suburban section of eastern Queens; $19,715 opposing Adolfo Abreu in the northwest Bronx; and $12,579 opposing Christopher Marte in Lower Manhattan.

She also took a more optimistic view of how progressive the new council would be.

There are some races where progressives are favored to win. Two AOC-backed candidates, Brandon West and Shahana Hanif, are among the front-runners for Councilman Brad Lander’s current seat in Gowanus and Park Slope, Brooklyn; Tiffany Cabán, another DSA favorite who, in 2019, came within 55 votes of becoming Queens district attorney, is expected to win in Astoria; and DSA-backed Alexa Avilés is one of the front-runners to replace Carlos Menchaca in his Sunset Park, Brooklyn, district.

George Arzt, another longtime Democratic political consultant, argued that a lot of land use decisions will come down to the new City Council speaker. Corey Johnson, the current speaker, will be term-limited out of office at the end of the year, but the race to replace him is already competitive. Council members are traditionally given veto power over projects in their own districts. If the next speaker eliminates the practice, known as member deference, it could dramatically change the land use process.

“Member deference will no longer exist in the next council,” Arzt predicted. “It would be up to the speaker. There’s less NIMBYism if member deference disappears.”

Carlina Rivera, Justin Brannan and Adrienne Adams are considered the main candidates for speaker, he said. Whoever wins that role will have their work cut out for them, especially because most of the council and the mayor will be newly elected. And a new, more progressive council will likely clash with a moderate mayor.

“There’s never been this much turmoil in government in my lifetime,” Arzt said. “I feel sorry for the next mayor.”

If Brooklyn Borough President Eric Adams wins that race, he’ll at least know how to negotiate with the council, the consultant argued. “He knows how to soften up recalcitrant council members, and he knows how to make a deal.”

Artz felt the race was between Adams and former sanitation commissioner Kathryn Garcia, though Adams is “way ahead.”

As for Andrew Yang, the tech entrepreneur who, until recently, led the pack, “he’ll never figure out how to deal with the City Council. When a councilman says, ‘I’m from Sunset Park and I need x,’ he’ll have to look at a map to know where Sunset Park is.”