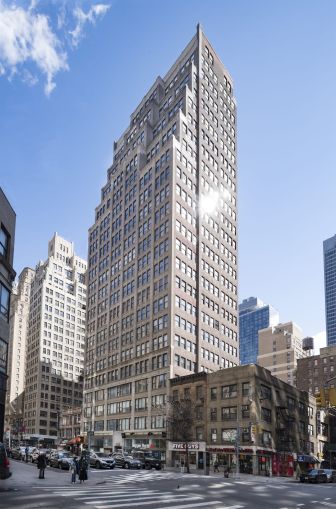 A Midtown South building a block away from Penn Station, 345 Seventh Avenue, is in contract for $107 million, Commercial Observer has learned.

The 220,000-square-foot building is being sold by the Clemons Management Corporation, which was incorporated 75 years ago and is owned by four sisters without any other significant real estate holdings. Located only a block or so from Vornado Realty Trust‘s Penn District redevelopment means the building is well situated for a revamp. “It’s a big value-add deal,” said someone who was involved in the deal.

Empire Capital Holdings (ECH) was listed as the buyer on a deal memorandum obtained by CO, but the firm also brought in mall owner Igal Namdar to back the sale, sources said.

The sale is set to close in July.

According to the financing memorandum, the sponsors are seeking roughly $100 million in debt, which will be secured by the fee simple interest in the property plus three adjacent buildings. The funds will be used for the acquisition, leasing costs, capital expenditures and carry costs. Bids are due June 23.

Tenants at the building include DL Partners, a law firm, and Apple Bank.