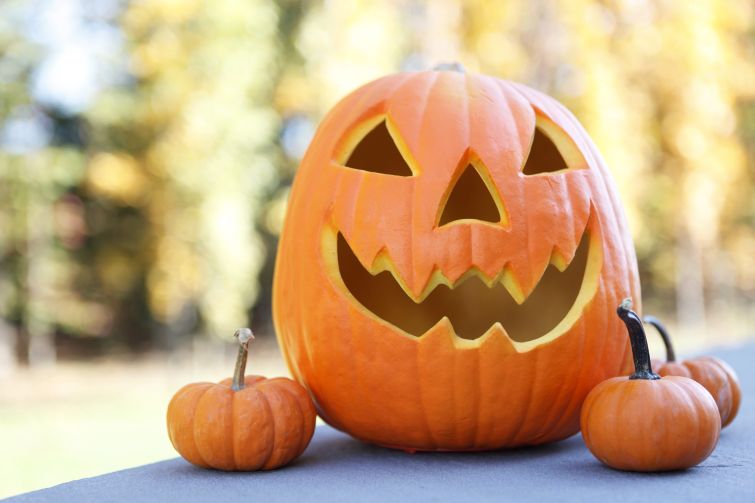 It's beginning to look a lot like Halloween. Getty Images.

Ikea announced the closing of its 115,000-square-foot outpost at the Rego Center mall in Queens.

Many will no doubt write this off as one of those inevitable things that happens when you mix a big-box store with an urban shopping strip like Queens Boulevard. Or they’ll say that this is a part of the long-standing retail apocalypse that has been much fretted and opined on for the last five years.

Maybe. But, to us at Commercial Observer, the perplexing or scary part is that this wasn’t a store that has finally given up after years of sluggishness — it opened only in January of 2021 as part of Ikea’s plans to roll out smaller stores throughout the globe. (A typical Ikea is around 400,000 square feet.) That hardly seems like enough time to call it a day, especially since Ikea originally signed a 10-year lease.

Plus, it looks like the broader Ikea hopes for the smaller store have not been going according to plan — at least in New York. In 2020, Ikea closed an “Ikea Planning Studio” at 999 Third Avenue after only a little more than a year because of low foot traffic and high rent. That can’t bode well.

But, aside from that, actually the retail news this week was not all that bad. One might venture to say it was good.

Target bagged an even bigger spot than Ikea vacated (139,000 square feet) at Bruckner Commons in the Bronx. (Speaking of the Bronx, GC Parking and Bronx Wine and Spirits also signed leases in Mott Haven at 310 Grand Concourse.)

And, fresh from its acquisition by Investindustrial, we learned that Eataly was taking an 18,353-square-foot lease at Brookfield Properties’ 200 Lafayette in SoHo.

Plus, that’s just New York. Retail leases and sales all made news in California, South Florida and Washington, D.C.

For example, Onni Group is liking what it is seeing at The Paseo, the distressed shopping center in Pasadena, Calif., which they plunked down $103 million for from Granite Point Mortgage Trust; in Washington, Sweetgreen debuted its first-ever digital pick-up kitchen at 601 Massachusetts Avenue NW, and the hot San Francisco apparel company Everlane opened another outpost at 1961 Chain Bridge Road in Tysons, Va. (the company first debuted in D.C. last November).

As usual, there was a ton of action in Miami. The Miami Worldcenter saw Rhianna’s lingerie brand Savage X Fenty nab 3,000 feet, Posman Books take another 2,000 feet, and Lululemon open a third store of about 3,815 square feet. Lincoln Road scooped up the ice cream shop Salt & Straw (Dwayne “The Rock” Johnson is an investor, so you better like that ice cream, goddamnit!), and Chinese retailer Yoyoso also grabbed space on Lincoln Road’s 1100 block. Plus, 509 Collins Avenue, a multifamily which had a Walgreens as its anchor, found a buyer for $35.2 million.

All in all, this is Halloween week news that can make you forget the monsters and zombies coming to trick or treat you out of hearth and home tomorrow.

We have to admit, we do like looking at pictures of the kids in their Halloween costumes on Facebook.

Just don’t forget who ultimately controls those photos: Meta, the company that owns Facebook and Instagram. (Do yourself a favor and don’t ever read their terms of agreement if you ever want to go on either site again.)

We were thinking a lot about Facebook this week.

First, it looks like they’re solidifying their plans in New York. CO took a look at their real estate footprint around Hudson Yards and Penn Station, and tried to lay out what is more or less the strategy for the company.

But secondly we learned (first originally via The Real Deal) that the price of consolidating Meta’s real estate holdings will cost the company almost $3 billion! To do so, they announced other major cuts around the company. Maybe not as dramatic as Twitter, but bad. (Now we’re getting back to scary Halloween territory.)

One of Meta’s landlords, Vornado Realty Trust, was accused of improperly influencing Empire State Development in the agency’s plan to demolish and redevelop the area around Penn Station.

The suit is an attempt by the Penn Community Defense Fund, ReThink NYC, the City Club of New York and the residents of 251 West 30th Street to reverse ESD’s approval of the general project plan last summer.

Of course, developers have always been influential with city agencies, and continue to be so in all areas of governance. The most successful ones — like, say, Scott Rechler — are deeply versed in entitlements and zoning, and know the relevant agencies like the MTA, if they expect projects like 175 Park Avenue to get off the ground.

And plenty of real estate people have strong opinions about the important city issues like congestion pricing that they’re usually quite vocal on.

“The industry was involved in this from the beginning,” Jordan Barowitz of the Barowitz Agency, who until recently was an executive at the Durst Organization, said of congestion pricing. “All of the scenarios and permutations were made clear to us, so we have a better understanding than other people in that position. Congestion and climate change are existential threats to our city and we need to address them.”

On a final note

It might be difficult to believe but this week marks the 10th anniversary of Superstorm Sandy, one of the worst weather events to ever hit New York City.

Ten years later, one of the most shocking things remains how little has been done to prevent another such disaster. (In some areas that have been battered by weather-linked disasters, the question of long-term rehabilitation is even more potent.)

We remembered the event and talked about the progress since in last week’s story of the week.