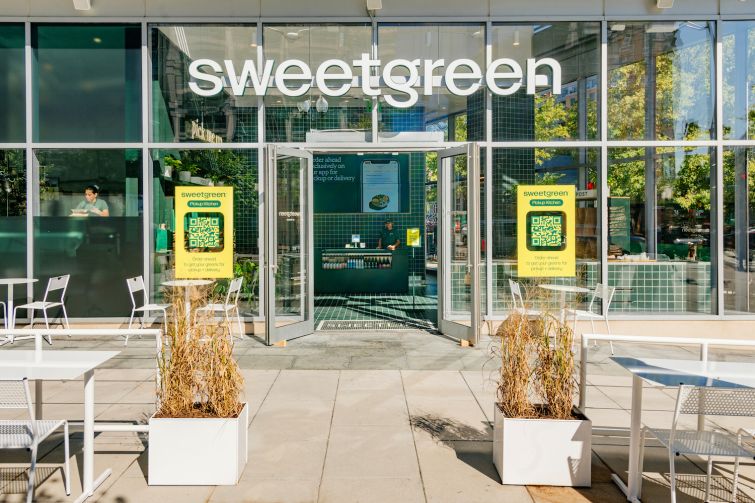 Located at 601 Massachusetts Avenue NW in Mount Vernon Square, the 2,190-square-foot space is dedicated to pick-up shelving only, with no interior dining or front service. The restaurant will feature an outdoor patio for those who choose to stay and dine.

“This is a format that Sweetgreen envisions working best in metropolitan cities where there are nearby offices and young professionals on the move,” a company spokesperson told Commercial Observer. “So, when thinking about which city to open in first, D.C. was an obvious choice given its founding roots, and Mount Vernon is a neighborhood at the center of where people work and live.”

The salad chain’s new site is on the ground floor of an 11-story office building owned by an affiliate of Mori Trust Company, a real estate development and investment firm based in Tokyo. Boston Properties, which developed the property in 2015 and sold it earlier this year, manages the building.

The property is close to the White House, Capital One Arena, and the Walter E. Washington Convention Center.

The Sweetgreen phenomenon was actually begun in D.C. by three Georgetown students in 2017. Today the chain has 30 locations in the D.C. area and more than 170 nationwide.

The company has experimented with formats since 2018, offering an Outpost office pick-up program where dedicated drop-off spots for large salad orders are available in office buildings.

Over the past few years, Sweetgreen has seen its digital business scale immensely, with digital ordering accounting for 67 percent of total revenue last year, according to the company.

“Sweetgreen has always valued meeting its customers where they are, and this restaurant format is another way to do just that,” the spokesperson said. “The goal is to provide a frictionless grab-and-go experience.