Meta to Drop $3B to Cut Down Its Office Space 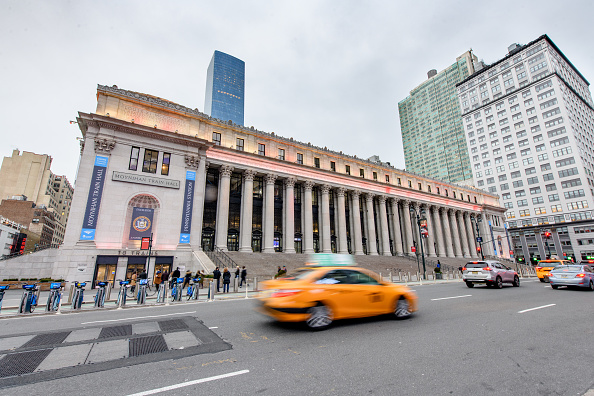 Meta has about 3,000 employees working out of the Farley Post Office redevelopment. Photo: Roy Rochlin/Getty Images

Meta might be expected to create a New York City campus around Pennsylvania Station, but the firm plans to drop serious coin to get out of office leases as it works to cut costs.

Facebook’s parent company will spend at least $2.9 billion from the end of this year through 2023 to shrink its office footprint globally, executives said in the firm’s third-quarter earnings call on Wednesday. The price tag of its office cuts were first reported by The Real Deal.

“We have increased scrutiny on all areas of operating expenses,” Dave Wehner, Meta’s chief financial officer, said during the call. “Some steps, like the ongoing rationalization of our office footprint, will lead to incremental costs in the near term.”

The Instagram and WhatsApp owner plans to spend roughly $900 million to shrink its office footprint in the fourth quarter of 2022, plus another $2 billion to do the same through the end of 2023, Wehner said. Meta’s moves to cut down on its real estate come as its revenue declined 4 percent in the third quarter from the previous quarter, triggering a 24 percent drop in its share price.

Meta already spent $413 million in the third quarter to cancel some of its leases, including a 200,000-square-foot office at 225 Park Avenue South, to align its “office facilities footprint with our anticipated operating needs,” Wehner said during the earnings call. The company also backed out of a planned 300,000-square-foot expansion at Vornado Realty Trust’s 770 Broadway in July.

It’s unclear what buildings are next on the chopping block, and Meta did not immediately respond to a request for comment. But the tech giant certainly has plenty of options in New York City.

The firm plans on consolidating its space in the Penn Plaza/Hudson Yards area and remains “firmly committed to New York and further anchoring our footprint,” a spokesperson previously told Commercial Observer. Even as the company reorients its operations around remote work and cuts costs through hiring freezes or firings for certain teams, Michael Cohen, president of Colliers’ tri-state region, which brokered Facebook’s Park Avenue South deal, told CO he expects the tech firm to continue to grow in the city.

And Meta’s data center footprint — a market that has seen huge demand and historically low vacancy rates — will also likely grow. Meta plans to expand its data center capacity in 2023 and spent $9.5 billion in the third quarter on capital expenditures, with much of that cost driven by leases for its servers, data centers and other network infrastructure upgrades, Wehner said.