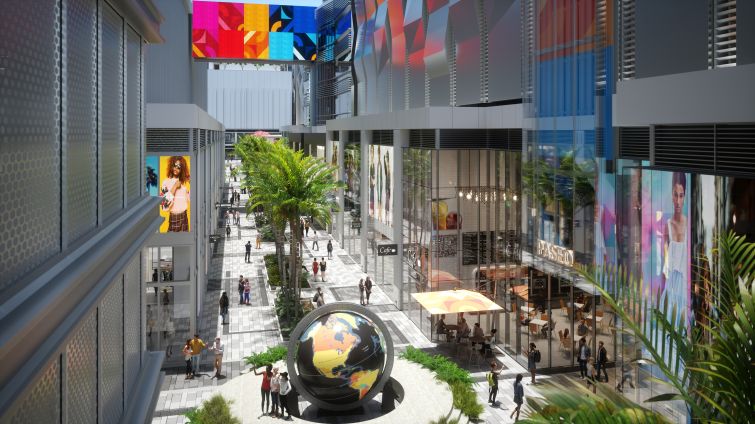 Miami Worldcenter, the 27-acre megadevelopment in the center of Miami, has lined up a slew of national retail tenants, the project’s master developer announced.

Rihanna’s lingerie brand Savage X Fenty will be taking 3,000 square feet at the base of the Paramount project, a 60-story residential tower that Royal Palm Companies‘ Dan Kodsi, Art Falcone and Nitin Motwani completed in 2019.

Founded in 2018 as a partnership with luxury giant LVMH, Savage X Fenty first launched online, but this year has been making a foray into brick-and-mortar retail, opening stores in Las Vegas, Houston, Philadelphia and Los Angeles.

Also on the ground floor of the Paramount skyscraper, Posman Books will occupy nearly 2,000 square feet. The book retailer now operates five locations on the East Coast, including one inside New York’s Chelsea Market and another on Boston’s Newbury Street.

All four stores are expected to open in 2023. Aracibo Quintana and Marty Arrivo of Acre, who represented Lululemon, did not immediately respond to a request for comment. All the other deals were done directly with the landlords, Royal Palm Companies and Miami Worldcenter Associates, the development’s master developers, which includes CIM Group, Art Falcone, and Nitin Motwani.

Miami Worldcenter, one of the largest private development projects in the country, will house about 300,000 square feet of retail space, including a mall dubbed the Jewel Box. Several high-profile developers, including the Related Group, The Witkoff Group and Naftali Group, are developing residential and mixed-use towers within its borders.

Los Angeles-based CIM Group and Miami-based The Comras Company are leading the development’s retail leasing. A representative for the master development declined to comment about its retail asking rent and the length of each lease.