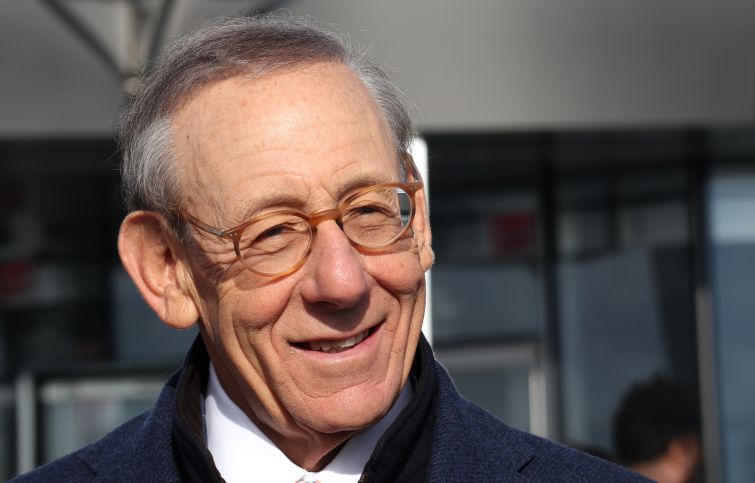 The Tesla Roadster can zoom by you at 250 miles per hour, which makes it one of the speediest cars in the world … but we had no idea just how fast Elon Musk could execute a reverse turn!

As rapidly as we got all riled up that Elon Musk was going to be purchasing Twitter and what that would mean for the site, free speech, Donald Trump and more, Musk hit the world with a “Never mind!” worthy of Gilda Radner. (Technically the deal is “on hold” because Musk wants to make sure that bots and fake accounts don’t make up more than 5 percent of the users. Good thing he heard about bots before making a $44 billion purchase! Not to be cynical, but it might also have something to do with the beating Tesla stock has been taking since Musk announced his whole meshuggeneh ploy.)

There was a lot of weird back-and-forth between ultra-rich companies and even richer companies this week.

On Tuesday we learned that Prologis’ CEO Hamid Moghadam, the biggest industrial owner in the U.S., had sent an open letter to James B. Connor, the CEO and chairman of Duke Realty, a San Francisco-based REIT with a portfolio of some 164.9 million square feet, offering to purchase the company for $24 billion in stock.

Unfortunately for Moghadam, Connor’s reply sounded a little like that of the Ukrainian sailors on Snake Island.

It was a pretty hard no.

“As we have repeatedly made clear to Prologis during our discussions over the past several months, consistent with its fiduciary duties, our board of directors has carefully evaluated proposals from Prologis and we remain open to exploring all paths to maximize shareholder value, and we believe the latest offer, virtually unchanged from its prior proposals, is insufficient in that regard,” Duke Realty said in a statement the next day.

There was a far greater spirit of excitement and harmony with high-end hotel owner Watermark Lodging Trust, which agreed to cash out to Brookfield for $6.768 per Class A shares and $6.699 per Class T shares of stock in an all-cash transaction valued at $3.8 billion, including the assumption of debt and equity.

That’s a lot of billions being tossed around! Although we suppose this is the time to be loose with your riches. The cash is out there. (In another piece of non-real estate super–rich news, we learned that Apple was no longer the world’s richest company, having lost out to the state-owned Saudi Arabian Oil Company, with a market capitalization of $2.383 trillion, to Apple’s pathetic $2.307 trillion.) All that money has to go somewhere.

One person who is investing his riches in real estate is legendary developer Stephen Ross.

The man has a tapeworm for South Florida.

Indeed, over the last few years Ross has quietly been developing or purchasing a massive empire including One Flagler, 360 Rosemary, CityPlace Tower, the Phillips Point complex and more with plans to turn West Palm Beach into a “15-minute city.”

The biggest piece of news from Florida last week was that the victims of the Champlain Towers South collapse (injured survivors and family members of the 98 fatalities) reached a $997 million settlement on May 11 from Miami developer David Martin and the contractors his company, Terra, hired to build Eighty Seven Park.

Triple Double Real Estate and Stonerock Capital Partners bought Courthouse Tower at 44 West Flagler Street and 200 SE 1st Street in Downtown Miami for a combined $56.7 million from Brickman. (This sale was actually a loss for Brickman, which bought the two properties for $61.4 million.)

It was an interesting week for NYC’s hotel market. The Renwick Hotel at 118 East 40th Street, which opened last month after being closed for two years, got a new owner (Capstone Equities) and a new recapitalization, too.

Money came to Bronx housing by way of a $125 million loan to Chess Builders to finish its 430-unit The Arches luxury apartment complex in Mott Haven.

Plus, $425 million came to Jamestown to redevelop One Times Square, the building that is home to the New Years’ Eve ball drop, which has also been something of a metaverse experiment for the firm. (They’ve essentially created a digital, Decentralized twin of the building in the metaverse. We can’t wait to see Andy Cohen’s NYE metaverse avatar.)

And despite the fact that there was a report this week that an anemic 8 percent of workers have fully returned to offices, office leases are still happening.

Two of the biggest leases of the week after the NYC DOF lease were not offices but the 75,000-square-foot outpatient center for spinal surgery facility called Och Spine Hospital which NewYork-Presbyterian signed at Tishman Speyer’s The Spiral, at 66 Hudson Boulevard; and Life Time, the gym chain, which agreed to operate a whopping 100,000 square feet of space at The Brooklyn Tower at 9 Dekalb Avenue.

And perhaps the most interesting lease was London club owner Robin Birley is planning a 12,000-square-foot supper club at 828 Madison Avenue.

After dinner, one can always take a stroll by the Palace Theatre, which was lifted 30 feet in the sky to make room for retail. One can read the $2.5 billion saga of what is now TSX Broadway here.