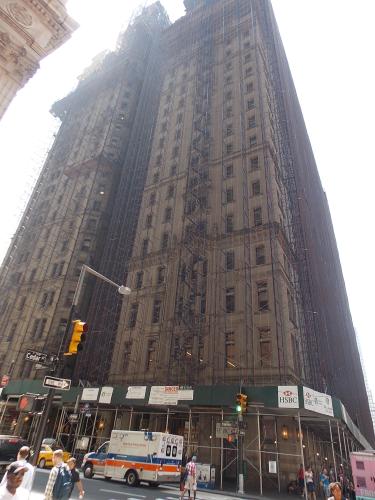 High science society is headed to the Financial District.

The New York Academy of Sciences signed a 15-year lease for 20,766 square feet at 115 Broadway, also known as Trinity Centre, according to Cushman & Wakefield, whose team of Mark Weiss and Jonathan Schindler handled the deal for the tenant. Asking rent was $59 per square foot in the deal that closed last month, according to Mike Geary, the building’s property manager at landlord Capital Properties.

Capital Properties’ 451,616-square-foot building is part of an attached pair of landmarked towers next to Trinity Church and was a good fit for the academy, which has a similarly long history since it was established more than 200 years ago, said Geary. The landlord is upgrading the property’s elevators and plans to convert Thames Street — which sits between the adjoined towers at 111-115 Broadway — into a pedestrian plaza.

“The strategic location, historic importance and architectural significance of 115 Broadway makes it the perfect home for the New York Academy of Sciences to continue their mission to drive innovative solutions and address global challenges,” Schindler said in a statement.