Prologis Offers $24B for Duke Realty 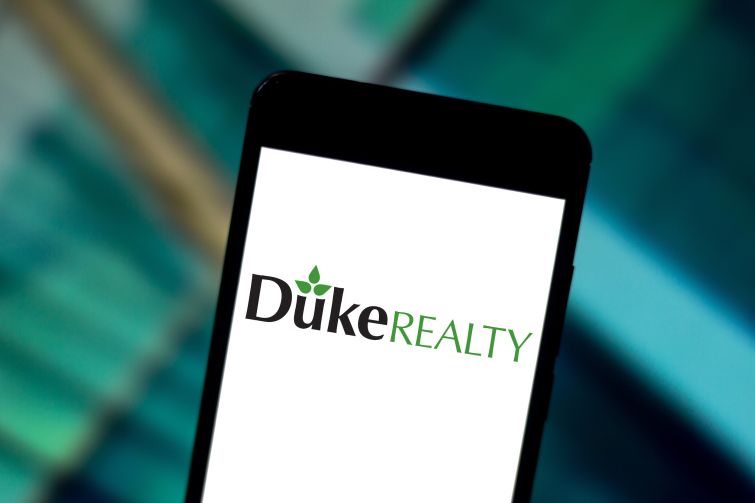 Mega-industrial landlord Prologis is planning to get a lot bigger and take over Duke Realty in a massive $24 billion acquisition.

The San Francisco-based REIT sent an open letter today to Duke Realty’s CEO and chairman, James B. Connor, proposing an all-stock trade after he rejected previous private offers. Duke Realty runs 164.9 million square feet of industrial space in 19 markets, according to its most recent quarterly results.

Prologis’ proposal would give stockholders of Indianapolis-based Duke Realty 0.466 shares of Prologis common stock for each share of Duke Realty common stock they own. It’s valued at $61.68 per Duke Realty share, which represents a premium of 29 percent to Duke Realty’s based on closing prices on May 9.

“We are confident that the proposed combination will be a win-win for our respective shareholders,” Prologis CEO and co-founder Hamid R. Moghadam said in a statement. “We have no doubt that Duke Realty’s shareholders would similarly benefit from long-term value created by the combination of our companies.”

Representatives for Duke Realty did not respond to requests for comment.

Prologis first sent a letter to Duke Realty in late November 2021 about acquiring the company at an exchange ratio of 0.465, representing a 20 percent premium to Duke Realty’s stock price at the time. But “over the past five months, Duke Realty has not substantively engaged,” Prologis’ letter reads.

On May 3, Prologis proposed a slightly higher exchange ratio — representing a 34 percent premium to Duke Realty’s stock price at the time — as a final attempt to engage privately. Duke Realty rejected that proposal later that evening.

“In previous communications, you (Connor) have contended that the premium is not enough to engage seriously with us,” Moghadam said in his letter. “Your shareholders should be aware that the immediate value of our offer has increased by approximately 10 percent since we began our dialogue more than five months ago.”

If Duke Realty accepts the offer, it would be perhaps Prologis’ biggest deal ever. The company announced that it acquired Liberty Property Trust for $13 billion in February 2020, and DCT Industrial Trust for $8.5 billion in 2019.

As of March 31, Prologis owned or had investments in 1 billion square feet of properties, with $214 billion in assets under management in 19 countries.

Correction: This story has been updated with the correct value of the proposed deal following a typo.