Capstone Reopens The Renwick Hotel After Buying Its Defaulted Debt 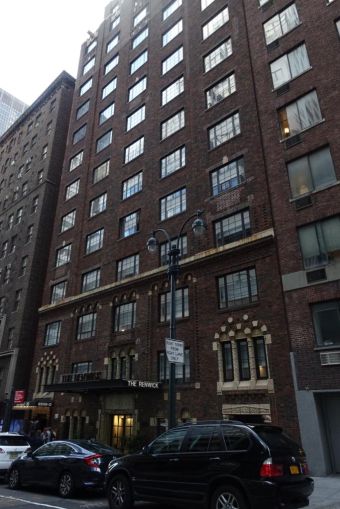 The Renwick Hotel at 118 East 40th Street has a new owner in Capstone Equities, and a recapitalization to boot, Commercial Observer has learned.

The hotel finally reopened last month after shuttering for two years during the COVID-19 pandemic.

Capstone is now the historic hotel’s owner after its previous proprietor, Meadow Partners, defaulted on the property’s $46 million mortgage in April 2020. The hotel’s lender, Heitman Capital Management, sold the defaulted note to Capstone in January for a “substantial discount,” sources said, and Meadow Partners cooperated with a “friendly deed-in-lieu” to transition the keys over to Capstone.

Maxim Capital Group is said to have provided a $15.5 million loan for the note purchase.

The Renwick Hotel is a landmarked building that was erected in 1928. It was once home to artists and writers, offering lodging to F. Scott Fitzgerald, Thomas Mann, John Steinbeck and others. Located between Park and Lexington avenues, the hotel sits in a prime spot near Grand Central and a short walk from the Chrysler Building.

Meadow purchased the 132-key hotel for $50 million in 2014, spending roughly $35 million in renovations at the time, sources said.  As COVID-19 took hold, battering New York City’s hospitality sector, the asset’s loan fell into default. By November 2020, it was briefly announced that the hotel would be converted into a homeless shelter, although those plans never materialized.

With Capstone now behind the wheel, the hotel reopened in April. The private equity firm’s hospitality management arm, Rebel Hospitality, now operates the hotel, with May room rates ranging from $249 to $469 per night, per the Renwick’s website.

Officials at Meadow Partners declined to comment. Officials at Capstone and Maxim Capital didn’t respond to requests for comment.