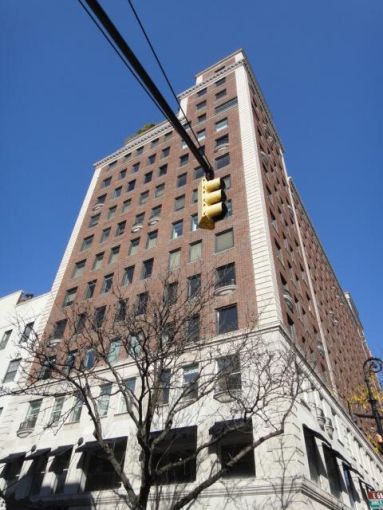 London club proprietor Robin Birley has plans in place for a new 12,000-square-foot dining club at 828 Madison Avenue on the Upper East Side.

The nightlife czar signed a 20-year lease with the option to extend another 10 years for the space on the first floor and mezzanine of the luxury condominium tower between 69th and 70th streets, the New York Post reported. Birley plans to open the doors next year.

Birley plans to serve breakfast until late at night, but the neighborhood’s community board would need to approve certain aspects of the proposal, according to the Post.

Robin Zendell of Robin Zendell & Associates represented the nightclub owner in the deal. It is unclear which firm, if any, negotiated on behalf of landlord the Reuben Brothers, who purchased the building from Vornado Realty Trust in September 2021.

Robin Zendell & Associates and the Reuben Brothers did not immediately respond to requests for comment.

As a child, Birley was mauled by a tiger, which left him disfigured. He is friends with British Prime Minister Boris Johnson, and Birley’s members-only club at 5 Hertford Street in Mayfair, London, is where Prince Harry and Meghan Markle had their first date. This will be the British nightclub king’s second outpost across the pond as he’s planning to open 5,000-square-foot restaurant and lounge Oswald’s on the Upper East Side.