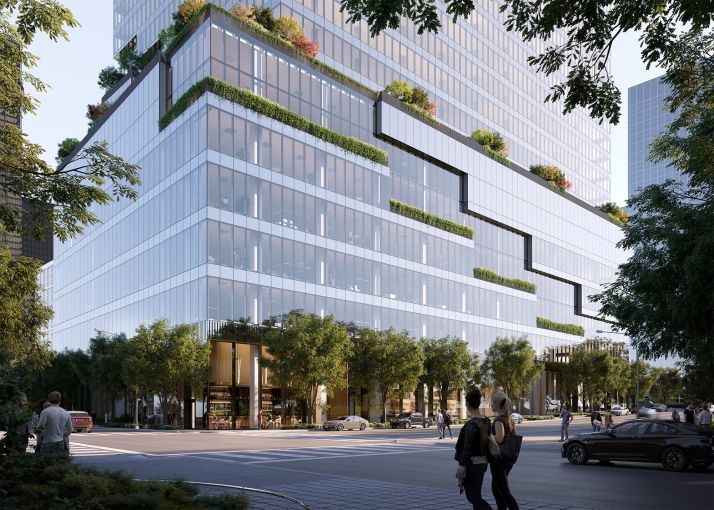 A rendering of The Spiral on Manhattan's far West Side. Rendering: Tishman Speyer, Bjarke Ingels

NewYork-Presbyterian Hospital will open a 75,000-square-foot outpatient center for its spinal surgery facility, Och Spine Hospital, in The Spiral, fresh after getting a $50 million gift to expand the spinal center.

The hospital signed a 20-year lease for space on the second floor of the 66-story tower currently under construction at 66 Hudson Boulevard, landlord Tishman Speyer announced Wednesday.

Och Spine’s outpost in The Spiral, which will have a dedicated lobby entrance on West 35th Street, will have on-site radiology, procedure rooms and a physical therapy gym to offer spine evaluation, imaging and treatment for patients, according to Tishman Speyer.

The spinal center was founded in 2015 at 5141 Broadway to merge spine programs from Columbia University Irving Medical Center and Weill Cornell Medicine, according to NewYork-Presbyterian.

The Jane and Daniel Och Family Foundation gave the spinal surgery hospital $25 million in 2017, and NewYork-Presbyterian announced Wednesday the foundation donated another $50 million to establish more Och Spine facilities around the city, including the one at the Spiral.

“The Spiral, with outdoor space on every floor, best-in-class amenities and welcoming atmosphere, will be unlike any other building in New York,” Rob Speyer, CEO of Tishman Speyer, said in a statement.  “We are thrilled that NewYork-Presbyterian sees the power and value of The Spiral as an environment for Och Spine and look forward to welcoming its world-class specialists and the patients seeking care there.”

Och Spine’s lease comes a week after HSBC Bank inked a deal to relocate its U.S. headquarters to 265,000 square feet at the 2.8 million-square-foot Spiral, which is slated to open in late 2022, according to Tishman Speyer. The development is currently 70 percent pre-leased.