How the Palace Theatre Ended Up 30 Feet Above Manhattan 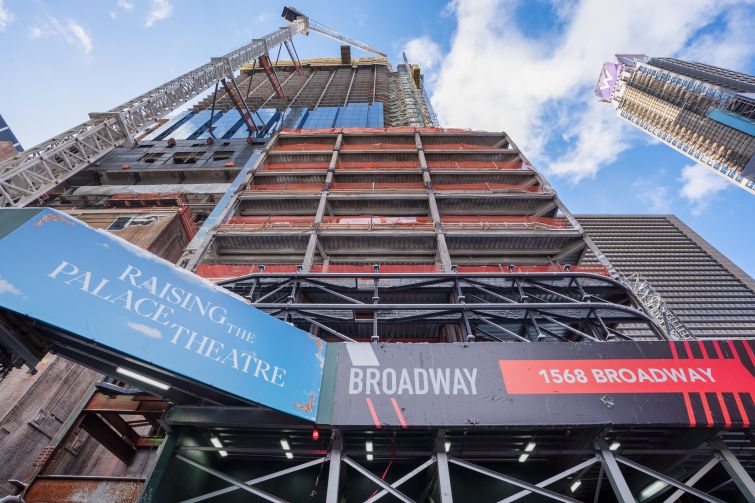 Between January and May, engineers and contractors working with L&L Holdings helped raise the Palace Theatre 30 feet into the air, at the rate of six inches an hour. Photo: L&L Holding Company 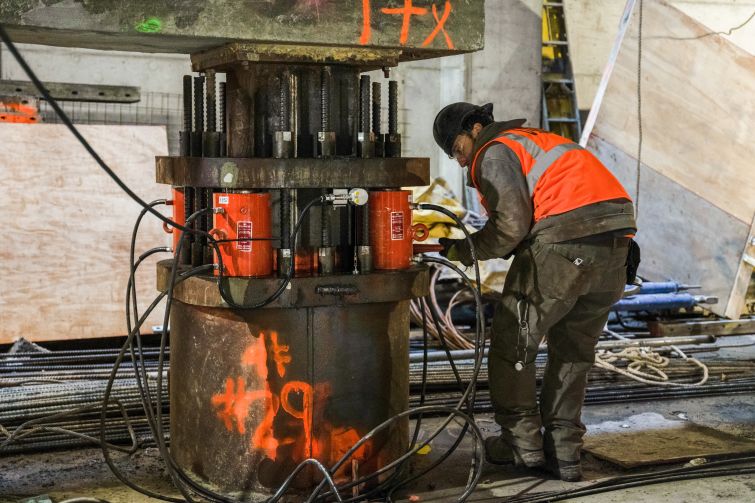 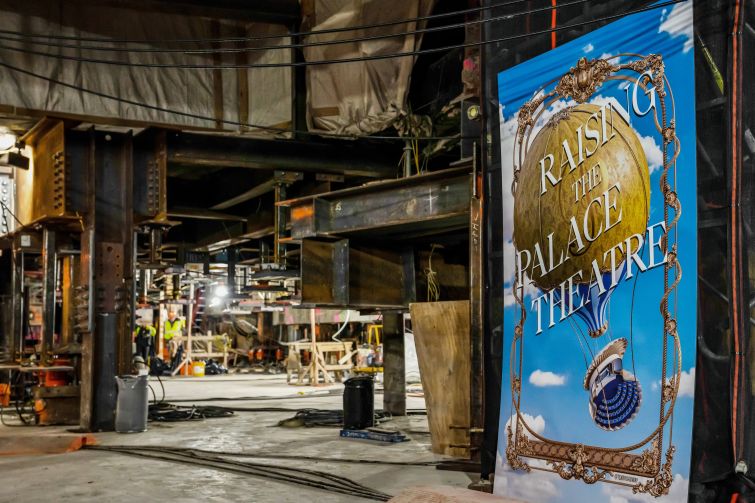 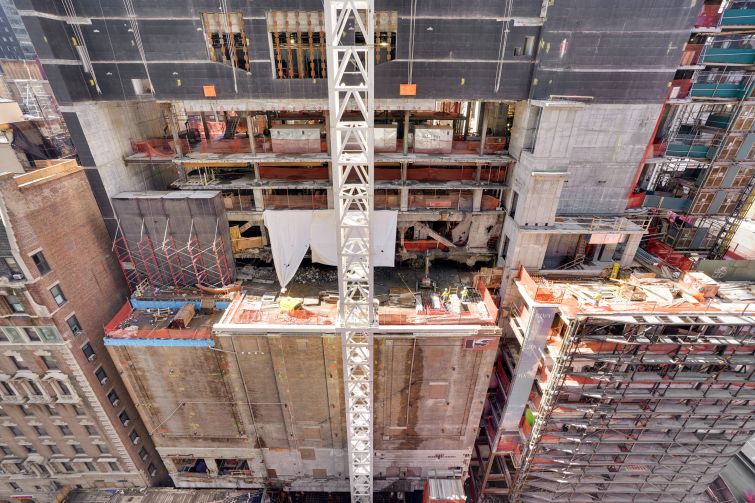 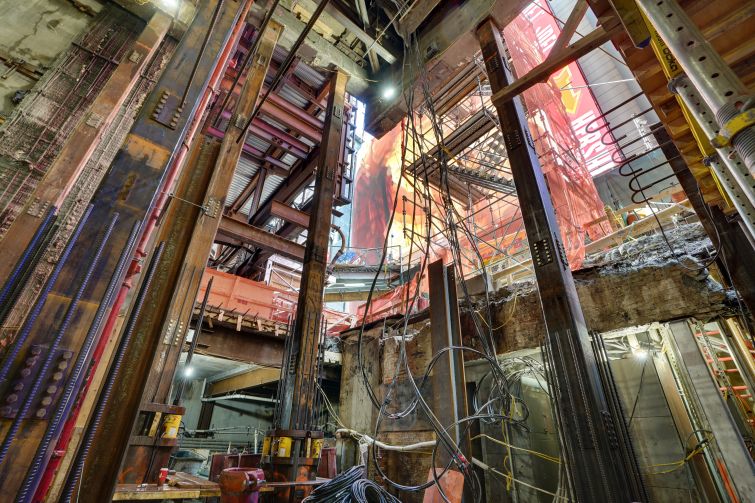 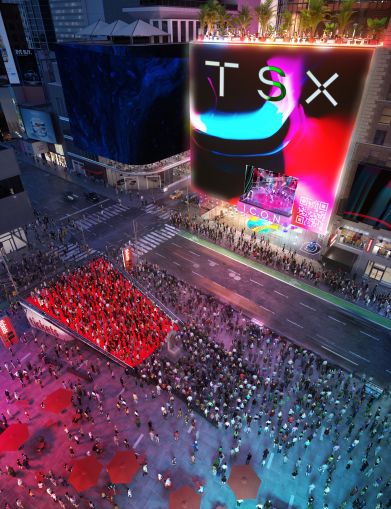 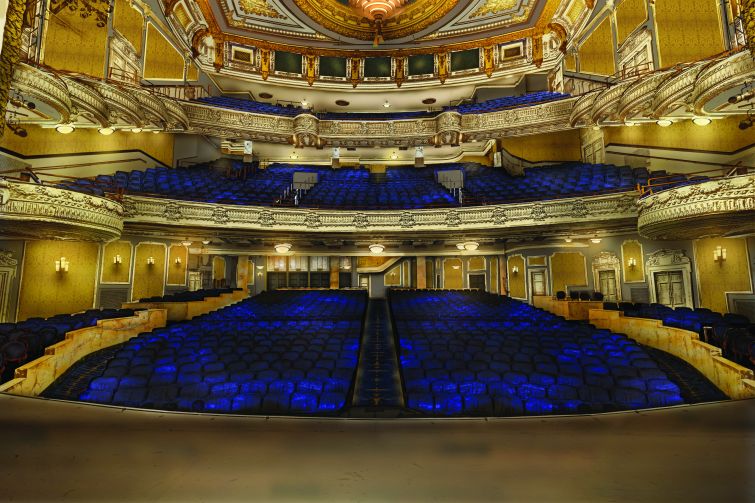 The raising and redevelopment of the Palace Theatre, rendered here, will include its refurbishment and an expansion in the number of seats. Rendering: L&L Holding 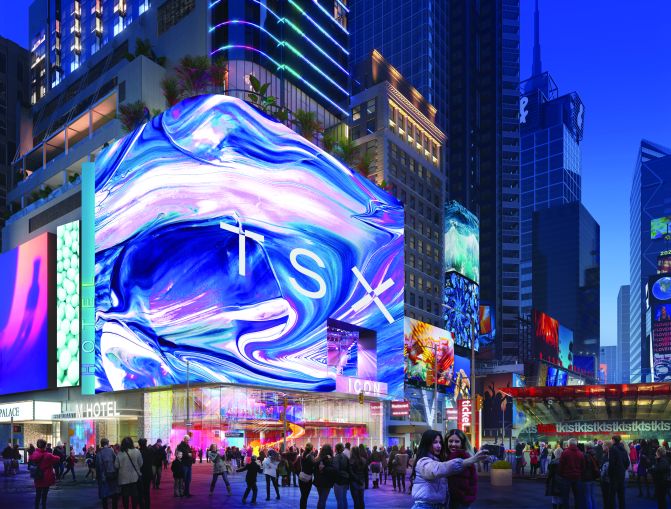 How do you lift a landmarked vaudeville theater 30 feet into the air in the middle of New York City?

L&L Holding undertook the complex effort to raise the Palace Theatre as part of the construction of its $2.5 billion hotel and retail tower, TSX Broadway, at the corner of 47th Street and Broadway in Times Square. It hired Urban Foundation Engineering to help design a system to lift the theater, which weighs 14 million pounds and will be encased within the commercial building’s glass exterior.

When it’s complete in early 2023, the 46-story, 550,000-square-foot TSX Broadway will include a 600-key hotel, 100,000 square feet of retail and entertainment space, and 51,000 square feet of building signage. The facade will be clad in LED-enabled paneling, meaning the entire building can function as a screen or advertising.

Raising the historic theater to its new home on the third floor of TSX Broadway took months, starting in January 2022 and finishing in early May. Thirty-four hydraulic lifting posts — equipped with jacks — pushed up a ring beam around the perimeter of the theater box. The jacks lifted the theater six inches per hour over roughly 17 days. The lift occurred in fits and starts over the course of a few months because the contractors and engineers would frequently stop to stabilize the building and troubleshoot any structural issues. Now that the lift is complete, the construction team can start installing permanent structural supports.

“What we’re doing now is we’re installing the column extensions from the first floor up to the third floor, and then the second-floor structure,” L&L’s Domenick DeNizo said during a tour of the project. “And at that point we can transfer the load from the lift posts, which it’s still currently on, to the permanent structure.”

The old 1,650-seat Palace Theatre is also getting a $50 million renovation, including refurbishing the landmarked interior and upgrading and expanding the lobby, reception area and backstage. The new lobby will have a bar and box office, and the building will get a new entrance with a new marquee.

Other updates include 1,657 new seats, more restrooms, modern audiovisual and mechanical systems for shows, and modern acoustic insulation. The historic restoration will include refurbishing the ornate plaster in the main theater and reinstalling the building’s grand chandelier in its original location. The work will bring the theater from 40,000 square feet to 80,000.