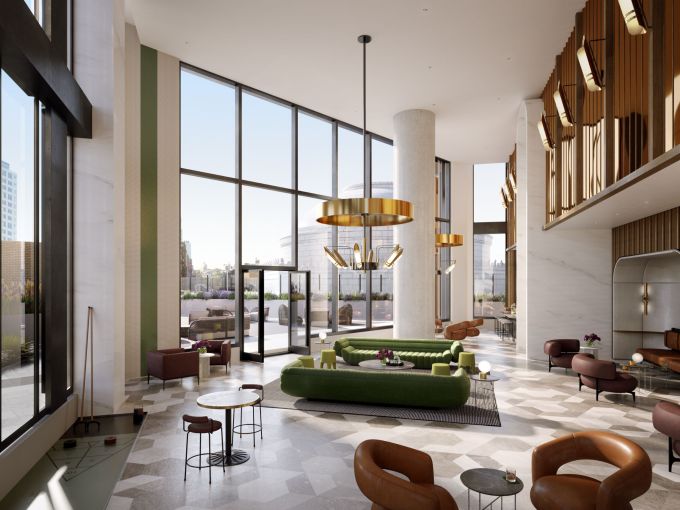 The gym chain announced Wednesday that it had struck a deal to lease and operate more than 100,000 square feet in the 1,066-foot-tall, 93-story skyscraper at 9 DeKalb Avenue, also known as The Brooklyn Tower. Life Time will operate 15,000 square feet of coworking space, a fast-casual restaurant, indoor and outdoor social spaces, pools, a traditional gym, and five studios for barre, cycling, pilates, yoga and group fitness.

The coworking operation, known as Life Time Work, will be the first of its kind in New York City and one of eight such outposts across the country. It will include private and open workspaces and conference rooms.

Life Time plans to open the coworking spaces over the course of the next year, and the gym facilities are expected to open in 2023.

“Life Time was focused on finding the right fit for its Athletic Resort within the thriving Downtown Brooklyn market,” said Mastromonaco in a statement. “The building JDS is developing at The Brooklyn Tower proved to be the perfect match. We think this location plays well with its upcoming location in Dumbo which is set to open this fall.”

Newmark didn’t immediately return a request for comment, and a spokesperson for the building did not disclose the terms of the deal.