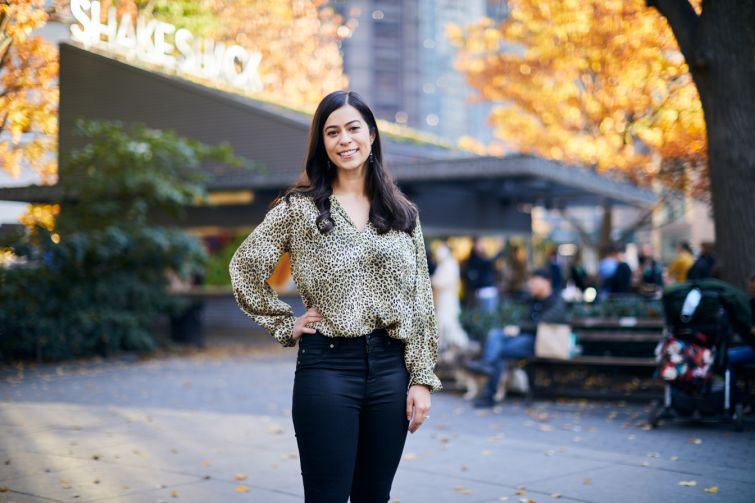 But when Mallika Winsor, the head of Shake Shack’s real estate, offers up the company strategy and expansion plans, we must admit that we begin thinking about Shackburgers and frozen custards while she talks.

Not even the mighty Shake Shack was immune to the slings and arrows of COVID-19. But now that the worst appears to be over, the company is gearing up for 45 new locations this year and a new concept that should put all your Thanksgiving regret in the rearview mirror.

“We are planning drive-thrus that we will be rolling out later this year,” Winsor told Commercial Observer. “The drive-thru concept is really exciting. We think that drive-thru is going to help us unlock a lot of locations that our other formats would not have.”

We can always Peloton off the damage.

It was a shorter week than usual as the industry took a few days off for Thanksgiving, but the real estate wheels are always turning.

The holidays could certainly be good to one of the asset classes most affected by COVID-19 — hospitality. According to a new CBRE report, New York hotels are expecting to see occupancy rise to 56 percent this quarter. It’s a far cry from where the industry was at the end of 2019 (86 percent) but an improvement from last quarter.

It seemed like the City Council was eager to use its remaining weeks of 2021 productively; aside from the Gowanus rezoning it also moved forward the expansion of the New York Blood Center at 310 East 67th Street, which will add another 596,000-square-foot tower to the area, despite opposition from local Councilmember Ben Kallos.

Thanksgiving is also a time where we look backward and think about what we have to be grateful for.

Proptech has plenty to be grateful for. Apparently, the sector has already raised an ungodly $9.5 billion in 2021, surpassing what it managed to raise in 2019.

Construction is also almost back to pre-pandemic levels in terms of filings; the Real Estate Board of New York reported this past week that there were some 486 permits filed in the third quarter of this year, a 37 percent increase from the previous quarter. (Unfortunately, the size of projects has shrunk and remains below the historical average. But one step at a time.)

And, while third-quarter numbers in investment sales in New York were slightly disappointing, there’s reason for optimism in the fourth quarter.

While the story of offices in 2021 remains one of the more incomplete ones, there was a deal that brought many sighs of relief in the industry: when Google executed on its $2.1 billion purchase option at St. John’s Terminal back in September. In late November, CO sat down with three of the principals in that deal: Google’s Paul Darrah, Oxford’s Adam Frazier and COOKFOX’s Mark Rusitsky to get into the nitty gritty of how it came together and how they’re designing the office of the future.

We can also look backward with a hint of mystification. One of the more peculiar stories of 2021 real estate came to a somewhat ignominious (but fairly predictable) close: Mitchell Kossoff, the real estate attorney who disappeared back in April, with his clients left wondering where huge chunks of their money had gone, has agreed to surrender himself to law enforcement next week.

In our nation’s capital, JBG SMITH filed plans to build a 20-story, 650-unit mixed-use development on the site of the shuttered Americana Hotel in National Landing, hugging right up next to Amazon’s HQ2 site.

Speaking of redevelopment, the city of Alexandra’s Industrial Development Agency purchased the 11-acre Landmark Mall from Foulger-Pratt, The Howard Hughes Corporation and Seritage Growth Properties for $54 million to build a new hospital campus. (Man, there was a lot of life sciences news this month!)

And, at Property Group Partners’ Capitol Crossing, two tenants were signed just in time to take off for the holidays: Taft Stettinius & Hollister signed a 14,287-square-foot lease and BSA|The Software Alliance signed a 7,767-square-foot one. PGP is cooking with gas now — they signed the first tenant at the property, Elias Law Group, earlier this month.

Attention must be paid!

When $15.9 billion of capital is raised, it’s incumbent upon all of us to sit up and take notice.

Last week Los Angeles-based Oaktree Capital Management announced it has built the firm’s largest opportunistic fund, Oaktree Opportunities Fund XI, exceeding its original target by about $900 million. Oaktree plans to put the bulk of that cash in a plethora of asset classes that were negatively impacted by the pandemic: real estate management and development, entertainment, and airlines.

One class that wasn’t affected? Industrial. That bull is still charging. This week Rexford put up $126 million for five properties in Southern California, bringing the REIT’s industrial spending this year to $1.4 billion.

In Miami, we learned that Greystar sold Intown Apartments, a rental property in Little Havana, sold for $104.9 million to Ivanhoe Cambridge, as part of the $3.6 billion multifamily deal they struck earlier this month.

Have a great week!