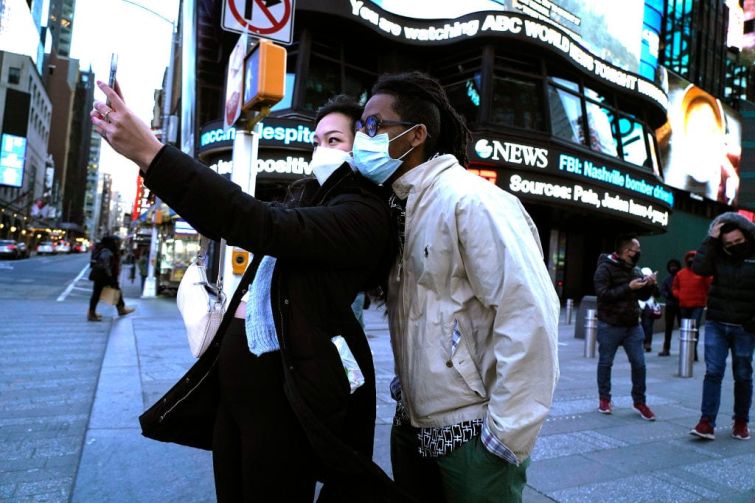 CBRE predicts that citywide hotel occupancy should reach about 56 percent in the fourth quarter, a slight improvement from the third quarter but not the huge comeback hoteliers hoped for, The Wall Street Journal reported. In 2019, New York hotels saw an average occupancy rate of around 86 percent, New York Business Journal reported.

The holiday season tends to drive lodging revenue for the city’s hotels, which charged some of the highest rates of the year for the first two weeks of December 2019, according to the WSJ. Some had been holding out hope that the return of international tourism, after the U.S. lifted its travel restrictions for the fully vaccinated on Nov. 8, would help boost the Big Apple’s economy.

“It’s great that international tourism opened up before the holiday season,” Andrew Rigie, executive director of the New York Hospitality Alliance, told Commercial Observer. “Obviously it’s not going to be at the level of business compared to [before the] pandemic or where it needs to be, but you have to start somewhere.”

The Hospitality Alliance, a nonprofit which supports the city’s restaurant industry, found that 75 percent of eateries saw more than half of its sales decline from 2019 to  2020 — a major hit for the industry representing almost 318,000 jobs in New York City. Rigie hoped that the federal government would step in to help as the city goes into another cold, pandemic winter, but that hasn’t come yet and Rigie was hesitant to say when the industry would be out of the woods.

“The only thing that’s certain is that everything is uncertain,” said Rigie.

An increase in COVID-19 cases and hospitalizations could similarly hamper tourism as the holiday season approaches. About 6,100 people a day are testing positive for the virus in New York state, up 22 percent this week from the seven day period through Nov. 11, ABC News reported.

Still, international travelers might bring a few more dollars to restaurants and hotels alike. International visitors spent $1,709 on average each while visiting New York City in 2019 compared to $458 per domestic traveler, according to the Office of the New York State Comptroller.

Empire State Realty Trust (ESRT), which owns the famed Empire State Building, even lit up the tower to welcome the return of British tourists. The real estate investment trust predicted the growing number of tourists would help boost fourth-quarter visits to the Empire State Building’s observatory ahead of a return to pre-pandemic levels by the end of next year.

Times Square, one of the city’s biggest tourist destinations, saw about 257,000 visitors per day for the weekend of Nov. 19 — far higher than the 2020 average of 120,000 per day, according to the Times Square Alliance, a business improvement district. Those numbers are still an improvement from the average of 211,000 people per day who traipsed through Times Square from January to September of this year.

On the first Saturday international tourists returned, Nov. 13, Times Square saw 270,000 visitors alone, though that number is still far from the pre-pandemic level of 33,000 travelers per day. But, that was still more than Times Square saw on the Sunday of Labor Day Weekend this year — a milestone for the tourism destination.

Hotels in Times Square saw higher occupancy levels that weekend as well, with 83 percent and 85 percent occupancy on Friday and Saturday, respectively, according to the Alliance. And more may return for the New Year’s Eve ball drop, after Mayor Bill de Blasio announced earlier this month that fully vaccinated attendees would be welcomed back to the traditional event.