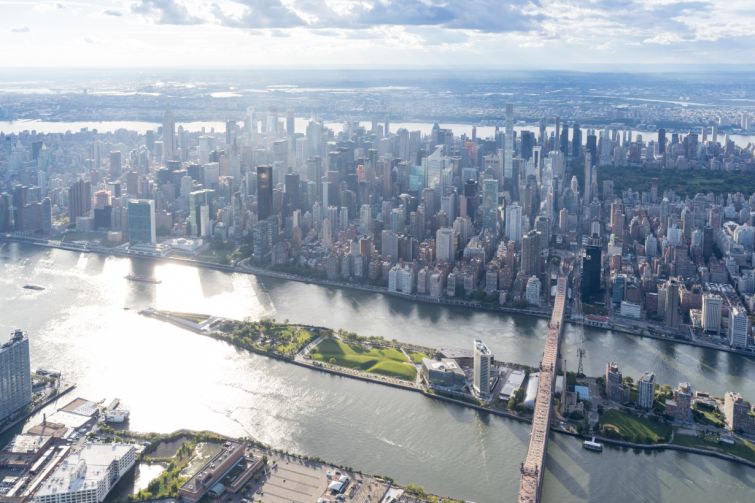 After the second quarter of 2021, where dollar volume tripled from the first quarter, the expectation from most folks in the New York investment sales market was that activity was on the rise and would continue to increase. Unfortunately, that was not the case.

While 3Q21 dollar volume disappointed, optimism is high and, based upon recent contract-signing activity, we expect 4Q21 activity to be strong and activity in 2022 to be robust provided there are no tax policy externalities that impact behavior.

Since then, the performance of both of these metrics has been falling. In 2020, mainly due to the pandemic, the dollar volume of sales fell to a cyclical low of $11.1 billion, a drop of 80 percent from the 2015 peak. The number of properties sold dropped to 104, a 78 percent drop. Both these annual totals were the lowest on record since 2009, during the low point of the financial crisis.

With the volume of sales falling for over five years, it was reasonable to assume that the very weak numbers in 2Q20 and 3Q20 and the following increases in 4Q20 were a sign that the market had bottomed and we were pulling out of the market correction that began in October of 2015. In 2Q20, the dollar volume of sales was $1.9 billion and the number of properties sold was 24 — the lowest quarterly totals going back to 4Q09. The totals in 3Q20 dropped even lower — dollar volume to $1.2 billion and number of properties sold to 15. The numbers 4Q20 improved with dollar volume increasing to $3 billion and number of properties sold increasing to 28. After such a long volume correction, it was relatively safe to assume that we were coming out of the correction, but we did warn that one quarter does not make a trend — it usually takes two or three.

After the surge in 4Q20, 1Q21 arrived and delivered a blow to the optimism with just $1.1 billion in sales — a cyclical low -— and the number of properties sold dropped to 19. The 2Q21 results improved again with $3.3 billion in dollar volume and an increase to 47 sales, the highest quarterly total in a year and a half. Similar to after 4Q20, optimism was high.

Then 3Q21 came along, and disappointment kicked in once again. The dollar volume dropped to $2.7 billion and the number of sales dropped to 36. These totals put the overall market on pace to see $9.6 billion in dollar volume for the year, which would be a cyclical low and a 14 percent drop from 2020’s activity level.

Notwithstanding, we are very optimistic about the future of the market. Here’s why.

In 3Q21, the number of properties sold was 36 and put the market on pace for 136 for the year, which would be a 31 percent increase over the 104 sales in 2020. This is important because the number of sales always moves before the dollar volume moves. Additionally, the dollar volume’s weak performance was tangibly impacted by the very lackluster performance of large trophy office sales, which is the most impactful sector on dollar volume. Currently, there appear to be several big-ticket office buildings in play that could impact the next two quarters’ dollar volume.

Another reason for optimism is that the residential market appears to have recovered faster than most people anticipated. Depending on the report you read, 50 percent to 75 percent of free-market residential rents are now above pre-COVID levels, and condo absorption is robust and growing. This is an important trend as the residential market has historically moved prior to the commercial market.

Next, tourism seems to be growing as international travel opens up and the impact on the hotel market is clear. Additionally, values in the land market are experiencing upward pressure. Although we are coming off very low depths within this sector, the upward pressure is great to see nonetheless.

Most importantly, contract execution activity is very strong and not showing any signs of slowing.

For these reasons, we’re very optimistic about the future of Manhattan’s investment sales market and very confident that we are now on the road to recovery.