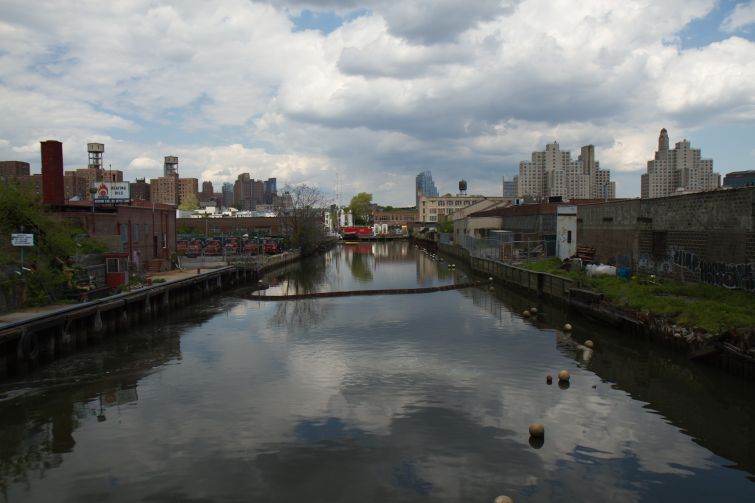 The de Blasio administration’s goal of rezoning an area along the Gowanus Canal was green-lit Tuesday by New York City Council, ending eight years of heated debate on the subject.

If Mayor Bill de Blasio, ​who has only weeks left in his tenure, signs the bills to rezone the Brooklyn enclave, developers could build 22 stories as of right and give public waterfront access once environmental remediations to the canal are completed.

Ultimately, the rezoning passed by 47 in favor and 1 in opposition.

Councilmember Brad Lander who was a leading voice in the rezoning effort said that even the opponents to the plan had their place in improving how it would be deployed.

“We want new neighbors. We want an integrated inclusive community, but it has to be done in partnership with neighbors. For me that really is the path forward for any plan. The speaker has made a proposal for comprehensive planning for the future of the whole city, where we bring people together around shared values and invest community members in a real partnership in dialogue ith City Hall. That’s what we’ve tried to model in our neighborhood and I really think the future we’re facing shows that we need to do it on a much broader scale,” Lander said. “I think the voices of people who remain skeptical about development actually made this rezoning much much stronger because of loud voices of public housing residents who got $200 million that were put on another $174 million sewage infrastructure.”

In all, the city expects the Gowanus reasoning to create up to 3,000 units of affordable housing in the largest neighborhood plan the administration has dreamed up in the last eight years. The rezoning covers an 82-block area along Fourth Avenue, between Atlantic Avenue and 15th Street, and the Gowanus Canal is currently undergoing dredging.

A total of 8,000 homes could be created in the mostly industrial, low-rise residential neighborhood.

While political support for the rezoning has been in the works since 2013, it has advanced with the support of Lander and a pact by the city to provide $200 million to fund renovations of all apartments in the Gowanus Houses and Wyckoff Houses, as well as to reopen community centers in both properties, Commercial Observer reported earlier this month.

De Blasio said early this month that he had full confidence that the rezoning in Gowanus, as well as SoHo and NoHo, would pass considering the political support they both have gained respectively.

U.S. Rep. Nydia Velázquez and state Rep. Jo Anne Simon have opposed the plan, along with community group Voice of Gowanus, which asserts 97 percent of the rezoning will benefit private developers who will create market housing. The Voice of Gowanus tried to unsuccessfully tank the rezoning, filing suit earlier this year because public hearings for the plan had to be held over Zoom instead of in-person during the pandemic.

A judge dismissed the suit in March, and the City Planning Commission voted to approve the rezoning in September.

But a lawsuit still looms with Voice of Gowanus telling lander that they would see him in court.

“As Brad Lander celebrates a massive violation of state and federal law today—one that endangers the safety of our community and the environment, and bends to the interests of big real estate—we note that a certain lady has not yet sung when it comes to the Gowanus rezoning,” the statement read.

Despite criticism that the rezoning will mainly benefit private developers, a report conducted by Columbia University and the City Council found it would likely make the neighborhood more diverse and less segregated.

“Why all this investment here? It’s not just that this is a neighborhood that can support new housing. It’s much more,” Deputy Mayor Vicki Been said. “There are about 1,600 NYCHA homes in Gowanus. And those families deserve not just the renovations to their apartments that will come with this rezoning, but they deserve great schools, the cultural offerings, the beautiful parks, and all the other incredible amenities that will expand in the neighborhood because of this rezoning.”

Mark Hallum can be reached at mhallum@commercialobserver.com