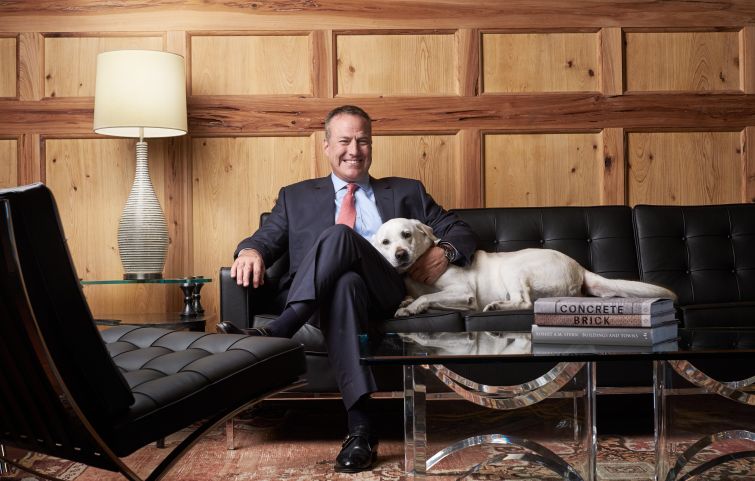 Greystar, a global real estate investor and manager and the largest apartment operator in the U.S., has completely sold off its interest in a portfolio of 30 multifamily properties for around $3.6 billion, the company announced Tuesday.

Ivanhoé Cambridge is the buyer of the bundle of apartment buildings, which sports about 10,000 units in locations across the Sun Belt, according to PERE, which first reported news of the deal. The Montreal-based real estate investor and manager already had a stake in the portfolio, and this deal was essentially a recapitalization, according to a representative for Ivanhoé Cambridge, who added that the company is “familiar with the portfolio and [is looking] forward to increasing our exposure to it. In sum, we continue to pivot our portfolio and invest in quality residential assets that offer long-term sustainable growth.”

Greystar was not able to provide comment or additional information about the sale prior to publication.

Eastdil Secured advised Greystar in the deal, which included multiple bidding rounds, with a number of “leading institutional investors” duking it out for the portfolio, according to Greystar’s announcement.

Greystar, which owns and operates about $220 billion worth of real estate in more than 200 markets across the globe, acquired and assembled the portfolio through one fund in a series of flagship value-add investment funds the Charleston, S.C.-based company had launched over the last several years; the fund series has attracted capital commitments from investors out of Europe, Asia-Pacific and North America. Over the life of the fund out of which it sold these 30 properties, Greystar had raised a total of $5 billion for value-add apartment investment opportunities in the U.S.

The most recent value-add apartment fund Greystar closed on was a $2 billion vehicle it tied down in November 2019, according to the firm; it has already invested the capital in that fund, in full.

“With a presence in 165 markets in the U.S. and 210 markets globally, [our] vertically integrated platform has a breadth of expertise and a real view on relative value and relative growth,” Greystar’s founder, chairman and CEO, Bob Faith, said in a statement. “The disposition demonstrates the value of combining our strong global perspective with our specialized local knowledge to be able to deliver the best outcomes for our capital partners.”

Over the last few months, Greystar has been on a tear launching new housing construction projects to add to its mammoth portfolio, including a planned 21-story apartment tower in Chicago. Last week, it filed plans to build a large apartment complex not far from Washington, D.C., in Herndon, Va., and it also scored $600 million in debt to build three mixed-use, student housing projects near University of Maryland, College Park and the University of Texas at Austin. And on Tuesday, it was revealed that it wants to build 220 single-family townhomes in Maple Grove, Minn., a Minneapolis suburb.

This story was updated to include commentary and additional information from Ivanhoé Cambridge.