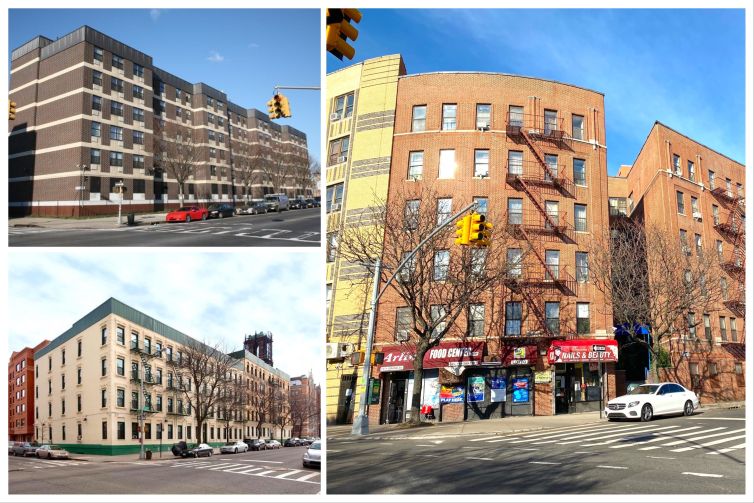 More than 300 units of affordable housing will change hands as Camber Property Group acquired what it’s calling the Triboro Portfolio and are planning upgrades with extended below-market rates for the next 60 years.

Grace Towers in Brooklyn, Target Apartments in the Bronx and Madison Apartments in Manhattan were sold to Camber for a total of $105 million. Camber will extend the units’ affordability through a deal with ​​New York City Department of Housing Preservation and Development (HPD) as well as a new real estate tax abatement.

Representatives of Camber declined to disclose who the seller was in the deal, but The Real Deal reported it was Omni New York. Omni did not immediately respond to a request for comment.

“The Triboro Portfolio, which includes over 300 apartments, exemplifies the importance of preserving low-income housing throughout the city,” said Rick Gropper, co-founder of Camber. “We are proud to upgrade these buildings to offer long-term stability to the residents and respective communities.”

These homes are ensured to cost residents only 30 percent of their income through a project-based Section 8 contract, with the U.S. Department of Housing and Urban Development covering the balance, according to Camber.

The deal was brokered by Gene Levental and Jamie Renzenbrink of SVN Affordable and led by Mark Abramowicz of Camber’s acquisitions team.

“Finding a buyer that could navigate local regulatory requirements and assure a year-end closing was of utmost importance to the seller,” Levental, managing director at SVN Affordable, said. “After a short, invitation-only marketing campaign, Camber was selected from a small pool of other bidders, based on their experience and track record on previous transactions.”

Grace Towers has ​​168 units in two six-story buildings on an 80,000-square-foot lot between the Broadway Junction and New Lots neighborhoods. Target Apartments is an 83-unit property in Morris Heights formed by two six-story elevator buildings at the corner of Grand and East Tremont avenues.

Madison Apartments is the smallest of the three acquisitions at 55 units total in ​​East Harlem. One of the buildings is a five-story walk-up, while the other is a four-story elevator-serviced structure on the east side of Madison Avenue between 130th and 131st streets.