Sunday Summary: Will Andrew Cuomo Be Able to Survive This? 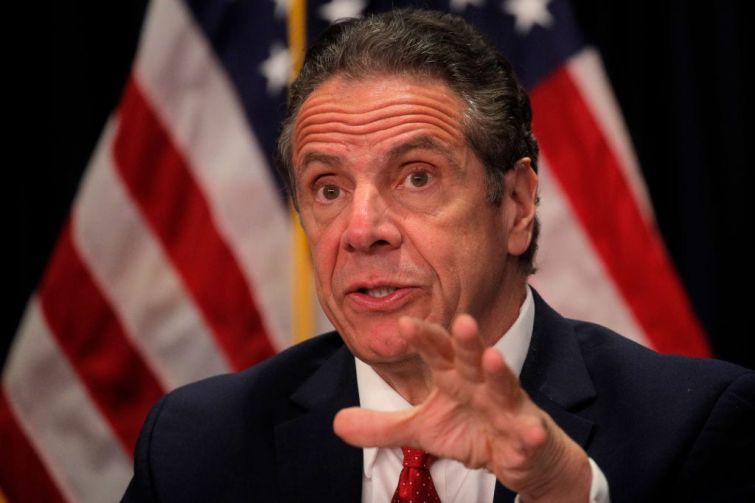 Until Tuesday morning, the odds-on favorite to win the governorship of New York in 2022 was still probably the incumbent, Andrew Cuomo.

Last year, Cuomo was a hero. His daily televised news conferences eased COVID-racked nerves and made him a star not just in New York, but nationally. (Michael Wolff details in his new book, “Landslide”, that Cuomo’s popularity was so high that Sean Hannity apparently convinced Donald Trump that the Democrats would pull Joe Biden and put Cuomo at the top of the party’s presidential ticket, with Michelle Obama as his running mate.)

But Cuomo’s woes began last December, when Lindsey Boylan brought forth accusations of sexual harassment, which snowballed from there with more accusers, and, by March, there were calls for impeachment, or at least an investigation.

At the same time, an FBI investigation was being organized about whether Cuomo had provided false data to the Justice Department about COVID deaths in New York nursing homes.

While the chorus of condemnation grew, Cuomo decided to wait out the storm. And it was looking like a shrewd decision. Everything was speculative, his surrogates said. Wait until there is a real investigation.

Well, the results of Attorney General Letitia James’ investigation into Cuomo were released this week and the results were brutal. Within hours, former Democratic allies of the governor renewed their calls for him to step down or be impeached, including the top names in the party and the state: Sen. Kristen Gillibrand, Senate Majority Leader Chuck Schumer, Speaker of the House Nancy Pelosi and President Biden.

But, another body blow came from less high-profile sources: labor and real estate.

“We urge the governor to resign and to take responsibility for his well-documented actions and how they have hurt women, and those who have devoted themselves to advance the interests of all New Yorkers,” said SEIU 32BJ President Kyle Bragg.

“It is clear from the conclusions of the report that Gov. Cuomo cannot continue to lead the state,” Rich Maroko, president of the New York Hotel Trades Council, said in a statement. “If he does not resign, the Assembly should move promptly to impeach him.”

Even the Real Estate Board of New York, which has always been a staunch ally of Cuomo, called for “a fair, thorough and expeditious impeachment process” via a statement from REBNY President James Whelan.

Almost more than the opprobrium of the president of his own party, this has got to alarm the governor. Real estate and unions are massive sources of both money and votes for Cuomo. When they’ve turned their backs on him, it might really be over.

With Cuomo’s downfall, a lot of enablers and cronies could also potentially tumble. And this is probably something that should interest real estate spectators. We’re talking about some of the people who have control over a $212 billion annual state budget, and are lodged in positions of power on the boards of the MTA and the Port Authority.

It got even worse on Friday, when one of the governor’s accusers filed a criminal complaint against him.

Actually, Cuomo has been remarkably calm about this. We think Cuomo’s best hope might be for another distraction to take the spotlight off his sexual harassment accusations.

The rent is coming due

The Cuomo scandal shifted the spotlight somewhat from what was otherwise the Titanic-sized real estate story of the year (or longer): the end to the eviction moratorium.

On Tuesday, the Centers for Disease Control and Prevention extended the national eviction ban, despite a general sense of (to be charitable) confusion about the legality of the move.

Within hours, real estate groups filed a petition in federal court in Washington, D.C., challenging the order. Back in June, California Gov. Gavin Newsom extended the moratorium in his state to Sept. 30, but by the end of the week, the California Rental Housing Association also filed suit in federal district court against the state of California to end the ban.

But, at a lot of levels, patience is wearing thin on the question of unpaid rent from all variety of tenants. On Thursday, the New York State Supreme Court ruled that clothing king The Gap would not be let off the hook for some $24 million in back rent owed to its Times Square landlord, Charles Moss, for its store at 1530 Broadway.

And, while there were some who wondered how it would shake out, Condé Nast bit the bullet and paid the Durst Organization millions in back rent for its 1.2 million-square-foot footprint at One World Trade. (That’s one legal dispute that Durst can claim victory in; it’s now turning its attention to Landmark Theatres, which it’s suing for $46 million in unpaid rent at 657 West 57th Street.)

We have the feeling that the legal questions that real estate will have to grapple with are just beginning. (Might this be the reason why law firms are showering their associates with cash?) A Brooklyn apartment complex that Hello Living is developing is being put on the block for a foreclosure sale, in case you didn’t know.

While it might not be missed rent, or foreclosure, we also have the feeling that there is going to be a lot more need for legal counsel, thanks to the future of 421a. The prospect that the New York tax break won’t be renewed is already driving some developers wild with nervousness. (Others, like Lightstone Group, which has projects already in the ground that qualify, are getting unsolicited bids to buy their sites.)

And, who knows, a lot more firms are pushing a policy of: get vaxxed or get axed. On Friday, CNN fired the first shot: three unvaccinated employees. Will this mean future legal challenges? We wouldn’t be surprised.

Of course, one of the companies that has done insanely well during the pandemic is the company that one would have expected to thrive when everybody’s forced to stay home. We’re talking, of course, about Amazon.

And while they continue to thrive (for instance, did you know that the company announced yet another 1 million-square-foot “first-mile” warehouse in Port St. Lucie, Fla., this week?), what’s apparently OK for the warehouse and delivery staff is not so important for the executive class.

This week, Amazon also announced that it’s putting off its corporate return to the office until January of 2022.

Oh, yeah. And Amazon also has its share of legal woes: The National Labor Relations Board says the company interfered with a union election in Bessemer, Ala.

You can’t say it was a bad week for the Paramount Group. The firm got a massive $860 million refinance of its 1.7 million-square-foot Midtown office tower 1301 Avenue of the Americas from Wells Fargo and Morgan Stanley.

And LMC, a subsidiary of Lennar Corporation, announced a mixed-use development called Paxton in Tysons, Va.

Surfside’s effect on the condo market

In one final piece of cloudy news on this lovely Sunday morning, CO took a look at the Miami-area condo market in the wake of the Surfside tragedy, which left 98 people dead, and found that …

It hasn’t affected the condo market one iota.

Big sales are still happening in the area.  A condo just down the block sold for $12 million five days after the collapse. And, in fact, it might have improved the sales of newer, more expensive units that aren’t so much at risk of suffering from neglect.