Gap Must Pay $24M in Back Rent to Times Square Landlord 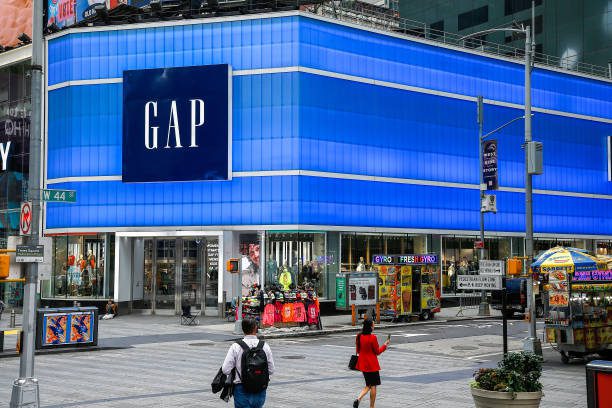 The pandemic will no longer serve as a get-out-of-rent free card for Gap.

After a year-long legal dispute, a New York State Supreme Court judge ruled on Thursday that Gap was on the hook for more than $24 million in back rent, interest and attorney fees to Charles Moss‘ 44-45 Broadway Leasing Co. for the retailer’s Times Square outpost at 1530 Broadway, court records show.

The payout is the culmination of a rent disagreement that began in June 2020, when Gap initiated the legal battle.

Both Gap and Old Navy — which fall under the Gap umbrella — have had flagship stores at 1530 Broadway since 2015. When the pandemic began, these Times Square locales closed, and remain so, leaving 60,000 square feet of vacant space.

Hoping to back out of payments for a space it wasn’t profiting from, Gap sued the landlord last year and placed blame on the pandemic for disrupting in-store business operations. The retailer argued in favor of terminating its lease and forgoing rent the pandemic put on hiatus.

Real estate legal firm Rosenberg & Estis represented 44-45 Broadway to push back on Gap’s case for lease termination. The firm pointed to Gap’s continual use of the Times Square property’s billboard, as well as customers on the landlord’s premises, to prove that the pandemic hasn’t fully halted operations, The Real Deal reported.

In a July 21 hearing, Judge Debra James ruled in favor of the landlord and dismissed Gap’s case in its entirety. As part of James’ verdict, Gap and Old Navy must pay rent at a rate of approximately $3 million a month. In addition to the monthly payments, the retail conglomerate is also expected to front a $5.8 million bond to cover the rent of May and June.

The Thursday decision by James now puts Gap and Old Navy on the hook for its entire back rent owed since last year.

“It is really gratifying for courts to recognize when commercial tenants are misusing the COVID pandemic to avoid their obligations under long-term leases,” Warren Estis, who represented the landlord alongside Norman Flitt and Alex Estis, said in a statement. “This case will stand as an important precedent for commercial landlords and should put to rest similar baseless claims by other commercial tenants based on these COVID defenses.”

A spokesperson for Gap did not immediately respond to a request for comment.