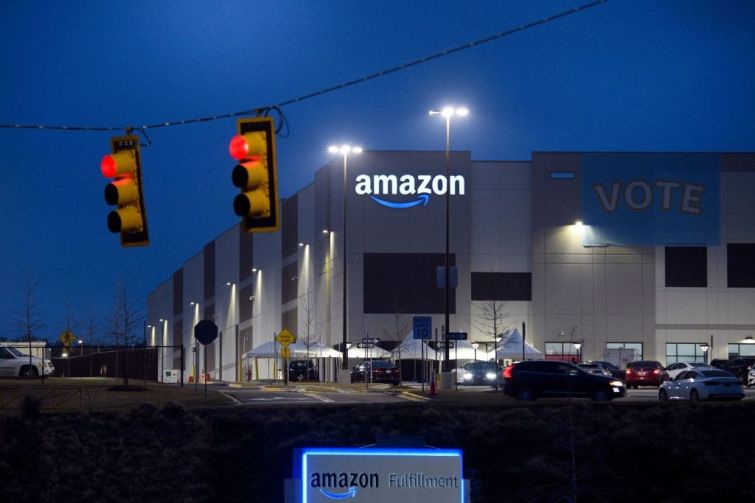 Amazon warehouse workers in Alabama may have a second chance at becoming the e-commerce giant’s first unionized distribution center in the U.S.

A National Labor Relations Board (NLRB) official found that Amazon violated labor law by interfering in the union election in Bessemer, Ala., in April, and is recommending a do-over, according to the union that sought to represent the warehouse workers.

It’s up to the NLRB’s regional director in the case, who will decide whether or not to adopt the hearing officer’s recommendation and direct a second election within the next few weeks, NPR reported. The Retail, Wholesale and Department Store Union (RWDSU), which alleged that Amazon threatened workers into voting against allowing the union, is supporting the hearing officer’s recommendation.

“Throughout the NLRB hearing, we heard compelling evidence how Amazon tried to illegally interfere with and intimidate workers as they sought to exercise their right to form a union,” Stuart Applebaum, RWDSU’s president, said in a statement. “We support the hearing officer’s recommendation that the NLRB set aside the election results and direct a new election … Amazon cheated, they got caught, and they are being held accountable.”

Amazon will challenge the recommendation, which has not yet been released publicly, a spokesperson said in a statement to Commercial Observer.

“Our employees had a chance to be heard during a noisy time when all types of voices were weighing into the national debate, and at the end of the day, they voted overwhelmingly in favor of a direct connection with their managers and the company,” the spokesperson said in a statement. “Their voice should be heard above all else, and we plan to appeal to ensure that happens.”

Employees in the Bessemer warehouse voted against unionizing in April, with only 738 in favor out of the 3,125 ballots cast, CNBC reported. The RWDSU alleged that the trillion-dollar e-commerce giant threatened, intimidated and confused workers ahead of that vote.

Amazon threatened workers through mandatory meetings and emails, saying unionization would lead to a loss of business at the facility that could cause layoffs or a shutdown, the RWDSU alleged in its initial complaint to the NLRB. Amazon told employees they would lose their pay rate, health insurance, time off and retirement benefits if they voted to unionize, and offered a severance program to encourage pro-union hires to leave, according to the RWDSU’s objection.

The RWDSU also alleged that Amazon tried to make it appear that the corporation controlled the election process by pressuring workers to use a ballot collection box that the tech giant placed in its parking lot, where Amazon-owned surveillance cameras could watch. Amazon even hired police officers to patrol the distribution center parking lot to intimidate employees, according to the RWDSU. Amazon has denied these allegations.

The NLRB’s decision comes as organizers in a Staten Island Amazon warehouse are in the middle of their own union push.

Workers at the JFK8 distribution center filed charges against the tech giant with the NLRB on May 11, after Amazon put up a fence around the space they used to organize outside the warehouse. Another current Amazon employee, who filed charges on May 21, said they were interrogated about their union leanings by a person working for the company.