From flex space to subleasing to percentage leases, these are the most prominent market realities for the new year 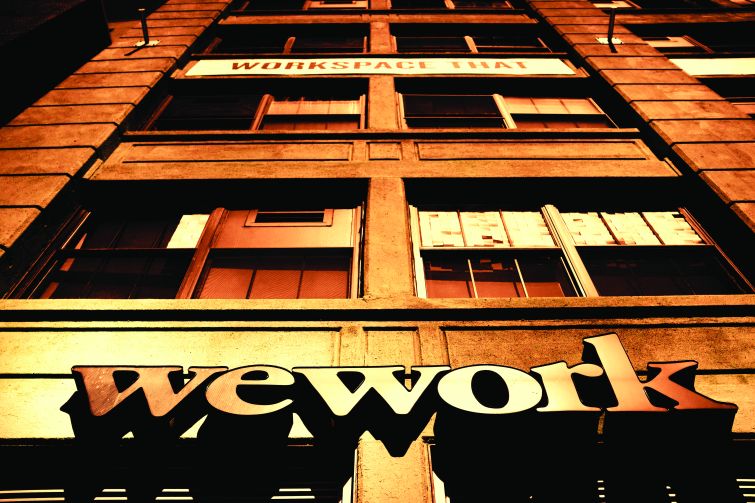 Coworking operators such as WeWork are expected to start expanding once again in 2021. Photo: Spencer Platt/Getty Images

A handful of trends in commercial real estate leasing will dominate the new year, and are worth watching. The pandemic has spurred each of them in some way, but 2021 will bring new twists, even as COVID (hopefully) recedes.

Coworking is not dead. It seemed that WeWork‘s disastrous IPO attempt in late 2019 and the pandemic in 2020 had brought a hard stop to the rise of coworking/flex space. But the trend is far from dying, whatever the sometimes drastic pullbacks in leasing by coworking operators. In fact, a recent study from Colliers International predicted that the number of coworking and flexible workspace locations around the country will double or even triple within the next five years. A big part of the reason is a demand for flexibility borne of the pandemic. Enough tenants simply don’t want longer leases, a reality even legacy landlords recognize.

Shorter leases are here to stay, at least for the short term. File this one under flexibility, too. An increasing number of office tenants, in particular, are seeking leases that are shorter than in the past, and more landlords are responding in a bid to retain and attract tenants at a time when commercial buildings are sitting largely empty most workdays. So expect fewer 10- and 15-year leases to be signed in 2021, and more three- and six-year ones instead. Many of these will be renewals, too, rather than new leases. During all of 2019, for instance, more than 70 percent of Manhattan leases were new or expansions rather than renewals; from April through September of this year, that share shrank to under 60 percent.

Sublease space is going to continue to balloon. Any market analysis over the past six months will tell you that the amount of office space available for sublease has increased sharply. In Manhattan, for instance, it’s at levels not seen since the dot-com bust at the turn of the century; and, in L.A., the total amount is likely at an all-time high. Some of this is companies cutting back on space needs temporarily. Some of it is firms re-assessing how much office space they really need in a post-COVID world. And some of it is just entities testing the waters, seeing what they can get for their footage. Whatever the reason, the rise in sublease space is putting downward pressure on office rents.

Creative retail and restaurant leases are a new normal. The pandemic has pummeled retailers and restaurants. Trends that existed before COVID, such as the titanic shift to e-commerce, have only accelerated; and stay-at-home advisories and mandatory nonessential business closures have cost eateries and shops valuable sales time (and landlords lots in rent). The months-long new reality has led landlords and tenants to get more creative in terms of lease arrangements to stem the tide of vacancies and bankruptcies. Trends, such as restaurants and retailers paying rent based solely on a percentage of their gross sales or revenue, have become more common — and will continue to be until some sort of normalcy returns.

Warehouse leasing is going to stay hot. If there’s one undisputed commercial real estate winner during this godawful pandemic, it’s warehouse/industrial space. The rise in e-commerce was already buoying the sector, especially near bigger population centers. The likes of Amazon need last-mile and other delivery points to operate successfully. But demand for such warehouse space has gone up and up during COVID, as even more consumers shift online for the bulk of their shopping. Case in point: Amazon opened 100 warehouses nationwide in September alone, in preparation for a holiday shopping season that is proving to be a tipping point for the brick-and-mortar vs. e-commerce debate (Spoiler: It’s tipping toward e-commerce).