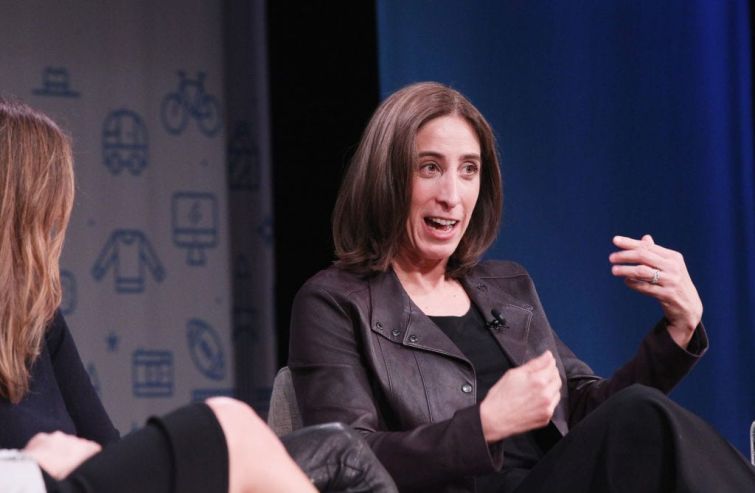 WeWork Chief Legal Officer Jennifer Berrent, who was once described as Adam Neumann’s enforcer and was key to overseeing the company’s failed initial public offering prospectus, could leave the coworking giant next year, Bloomberg reported.

Berrent is in talks to depart the company in the first quarter of 2021, and the company has not set transition plans yet, according to Bloomberg.

Berrent joined WeWork in 2014, and was one of three executive officers — along with Neumann and former co-CEO Artie Minson — listed during WeWork’s IPO filings last year. The IPO was eventually scrapped after concerns over WeWork’s money-burning business model. In its wake, Neumann left and WeWork’s valuation was cut by nearly $44 billion.

Neumann leaned heavily on Berrent to draft the company’s IPO paperwork and was considered one of his closest allies at the company, Business Insider reported.

Former WeWork employees told Business Insider that Berrent was “Adam Neumann’s Michael Cohen” — a reference to President Donald Trump’s former personal lawyer — who helped protect the company. Others told the news outlet that she was one of the most capable people in the coworking giant who evened out the bombastic Neumann.

Berrent isn’t the first high-level WeWork executive from Neumann’s reign to leave in recent months. In June, Miguel McKelvey, who co-founded the company with Neumann and recently served as the chief culture officer, stepped down.

WeWork, under the new leadership of Sandeep Mathrani, has been working to become profitable and survive the coronavirus pandemic, which forced most of its members to work remotely.

The company is looking to exit or restructure 20 percent of its leases, already getting out of some in Manhattan and Washington, D.C., and has laid off thousands of staffers since the start of the pandemic.

Despite the troubles, the company contends that flexible office space will be in much higher demand post-COVID-19, and Mathrani expects WeWork to become profitable next year. He also recently said that he would look toward another IPO attempt if the company hits its profitability goal in 2021.