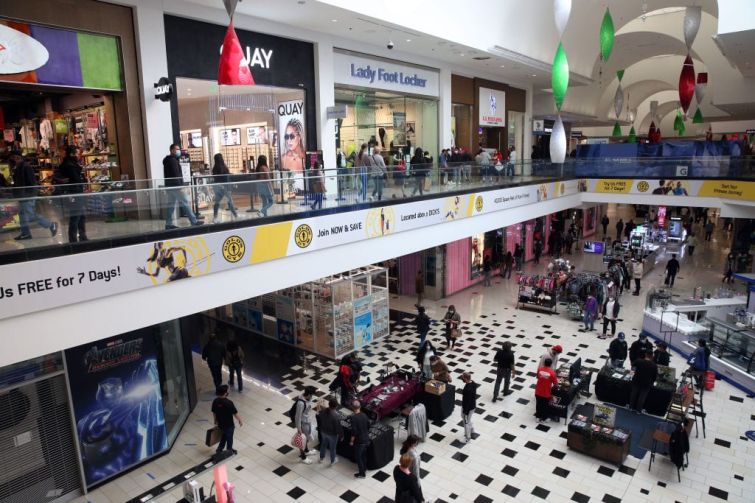 The stampedes of people rushing into Walmart to score a good deal on a TV on Black Friday were replaced by shoppers rushing to their couches this year.

Online sales hit a record high on Nov. 27, the day after Thanksgiving that’s traditionally the busiest shopping day of the year, while shopper traffic to physical stores around the country more than halved compared to last year, according to new reports.

A report from Adobe Analytics found that online sales hit $9 billion on Black Friday, a 21.6 percent increase from 2019. Nov. 28 — which has been dubbed “Small Business Saturday” — saw a 30.19 percent surge in e-commerce sales compared to 2019 with $4.68 billion, according to the report.

“The story isn’t about the internet dominating in-store retail, the story is really about the fact people are prioritizing their health over anything else right now,” retail consultant Soozan Baxter said. “I’m surprised, in a pleasant way, the [online] number is as strong as it is. I think that’s a positive.”

Sensormatic’s report found that many retailers limited their Black Friday hours this year because of the virus — while many closed altogether on Thanksgiving — but peak, in-person shopping time remained the same as 2019 at 2 p.m.

“Due to COVID-19 and social distancing requirements, shoppers were more purposeful in their in-person Black Friday shopping, causing significantly less crowds than we’ve seen in the past,” Brian Field, senior director of global retail consulting for Sensormatic, said in a statement. “This was compounded by retailers not offering as many in-store doorbusters and the increasing adoption of e-commerce.”

Foot traffic in stores on Thanksgiving day itself — which has been rising in recent years — was down by 94.6 percent compared to 2019, largely due to the store closures, Sensormatic’s report found.

More stores and shoppers flocking online on Black Friday because of health fears have left some positing that Black Friday will become another retail casualty in 2020.

“It’s a vestige of another era,” retail consultant Kate Newlin said. “This idea of going and standing in a Walmart parking lot on Thanksgiving night, it was odd in its heyday. Now it’s lethal.”

Newlin added that after shoppers see a year where they don’t have to fight off hordes of people for doorbuster deals in-person, and instead, order it online and receive it in two days it will make it hard to convince them to return to physical stores on Black Friday.

“It’s not fun, it’s not festive, it’s not joyous,” Newlin said. “We’ve learned our workaround, so then, why would you go back?”

Baxter disagrees. She expects shoppers to flock to stores during the holiday season next year because of a yearning to go back to normal after a truly upending year.

“All the traditions that we’ve done in the past, people are going to be craving those so much,” Baxter said. “I think you will see this pent-up demand to return to the way things were.”