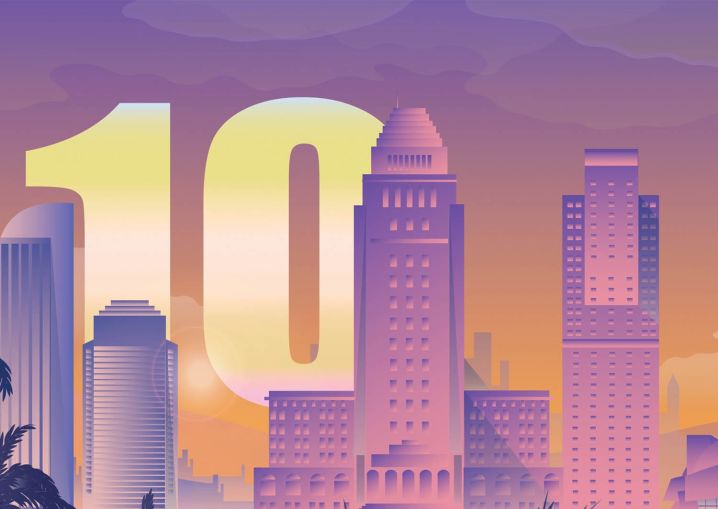 Once upon a time, when coworking companies bestrode the Manhattan office market like Colossus (its most prominent firm becoming the largest occupier of space), some wise analysts divined that the days were numbered for that traditional workhorse: the 10-year lease.

“To hear investors and landlords alike, it appears that the 10-year commercial lease is done with — the latest victim of our disruptive digital age,” wrote Sonny Kalsi, now-CEO of investment house BentallGreenOak, in 2017.

Alas, as Kalsi and others pointed out at the time, reports of the 10-year office lease’s demise were greatly exaggerated. Flexible as the lease terms might be in an agreement with the likes of WeWork, Knotel or Convene, many Manhattan tenants still wanted longer-term deals — and many landlords would have no less — both sides preferring the security of the duration of a decade or more.

Regardless, coworking receded as a driving force. WeWork’s initial public offering debacle at the end of 2019 — the year after the company became Manhattan’s single largest office occupier — and the coronavirus’ economic effects in 2020 finished the sector’s meteoric rise. Its leasing pace has slowed drastically, and operators have shuttered several locations in Manhattan and hundreds more nationwide.

Meanwhile, the conventional 10-year office lease endures, even if there are fresh cracks in its desirability due to COVID.

While many firms are seizing on the pandemic’s economic disruption to negotiate shorter leases at cheaper rents, the same larger, more corporate tenants that saw the 10-year approach through the coworking boom are floating it now, brokers and landlords say.

“The 10-year lease had already been endangered because of the advent of WeWork and Knotel,” David Levy, a principal at brokerage Adams & Company, said. “However, smart companies — wise companies, companies that are more long-term thinking — are reaching for 10-year deals now. And most of the leases we’re making today are 10-year leases.”

Those companies that are not opting for longer-term leases in Manhattan tend to be small and less tied to a specific office footprint, brokers say.

Take the four leases, including extensions, that Adams & Company brokered this fall at 110 West 40th Street in Midtown. The tenants included a corporate recruiter, a credit database, a private investment firm, and a contracting and supplies manager. Each tenant signed for just two or three years — and the quartet of leases totaled only around 5,000 square feet. Asking rents in the deals averaged about $70 a square foot.

Even among the larger companies, though, recent data suggest a wobbliness in 10-year commitments. The average length of leasing deals of at least 100,000 square feet inked in 2020 through September in Midtown Manhattan, for instance, was 8.7 years, according to research from Colliers International. It was 12.5 and 12.7 years in 2018 and 2019, respectively, taking the years as a whole.

Short-term renewals by major tenants, such as NBC Universal and law firm Goodwin Procter, plus Morgan Stanley’s sale-leaseback of the office portion of 522 Fifth Avenue for at least three years, drove the shorter average for these leases in the third quarter, said Franklin Wallach, Colliers International’s’ senior managing director of research.

Still, the data showcase a general curtailment of leasing lengths in the nation’s premier office district. The average length of Midtown office leases year to date in the 50,000- to 99,999-square-foot range was 10.6 years, down from 12.8 and 11 years in 2018 and 2019, respectively.

Demand for flexibility bears a large part of the blame (or credit) for any such wobbliness in the prevalence of leases of 10 years or less. Coworking’s rise laid this bare.

A big part of the sector’s pitch was the short-term lease via memberships and other setups. Sometimes the duration might be as short as a month. Such arrangements, apparently, appealed not only to startups with single-digit employee counts, but to larger corporate tenants, such as IBM and Verizon, that took coworking deals lasting no more than a few years.

While flexibility wasn’t enough to sustain coworking’s cyclonic growth, it did leave two effects that linger in the current fortunes of leases 10 years and longer.

“We’re making leases for three years, five years, which is a big departure for us,” Durst Organization President Jody Durst told CO in November regarding his century-old firm’s Durst Ready flex space venture, which launched in 2019. “Normally, 10 years is the shortest length of lease that we’re kind of accustomed to.”

The pandemic has solidified this focus on flexibility born out of the coworking phenomenon. Simply put, companies and their employees now expect it to some degree. Flexible working arrangements for employees will be one of the biggest trends in commercial real estate in 2021, according to a November report from brokerage Avison Young.

It will likely outlast the new year, and even any COVID vaccine, becoming a permanent feature of modern office life. More than half of 450 C-suite executives surveyed in August, for instance, said they expect at least some increase in remote work for their employees during the next 12 to 24 months, and a full 27 percent expect to significantly boost the number of employees working from home over the next two years, according to a report from investment house KKR.

The popularity of both flex space and remote work have combined with a long shift in the sorts of companies animating the Manhattan office market, too. This further muddies the prospects for office leases of at least 10 years.

Time was that the FIRE sector — finance, insurance and real estate — powered much of Manhattan’s office leasing. These stalwarts, along with white-shoe law firms, preferred longer-term leases and had the financial wherewithal to withstand economic disruptions in general. Then the Great Recession witnessed the demise of Bear Stearns and Lehman Brothers, and exposed how reliant the New York City economy, including its office market, had become on FIRE vs. everyone else.

A concerted public-private effort since then shifted the traditional tenant base. The shift has been dramatic in terms of elevating the TAMI (technology, advertising, media and information) sector.

TAMI went from occupying 16.7 percent of the Manhattan office market in 1990, to more than 25 percent in 2019, according to Cushman & Wakefield. It accounted for one-quarter of all leasing activity in 2019, with the number of new leases that tech firms signed in the city up 148 percent annually in the same year, according to CBRE.

These TAMI firms are not necessarily opposed to 10-year leases, though it can be more of a mixed bag. TikTok, for instance, took space in Durst’s One Five One for 10 years in one of the biggest Manhattan leases of 2020 so far, while Apple took five years with a possible extension in Vornado Realty Trust’s 11 Penn Plaza in another big leasing deal this year. (It also in late November subleased additional space in the same building for six years.)

Moreover, TAMI firms are noted for a desire for greater flexibility in leasing terms and office layout. No surprise, then, that coworking arose in Manhattan in tandem with the rise in the marketplace prominence of TAMI.

In the end, any hits the conventional 10-year office lease is taking right now is down to the deals that can be had in a New York office market that COVID has ravaged. This also helps explain why so many Manhattan leasing deals during the pandemic have been renewals, and shorter-term ones at that, according to Colliers International’s Wallach. He noted that, during all of 2019, more than 70 percent of Manhattan leases were new or expansions, rather than renewals; from April through September of this year, during the pandemic, that share has shrunk to under 60 percent.

Then there’s the sublease situation. The emptying of offices due to stay-at-home advisories, and the resulting reassessment by many companies of just how much Manhattan office space they really need, has also left the city with a record volume of such space — well over 16 million square feet by November and growing by the week, according to various brokerage reports.

This has put downward pressure on rents, and that means more tenants can be opportunistic — whether it’s the rents they want to pay, the addresses they want to occupy, or the lengths of their leases. It’s a very unsettled time.

“People go for shorter-term leases when there’s lack of clarity in the market to kind of triage their own immediate situation,” Grant Greenspan, a principal at landlord and manager Kaufman Organization, said. “There’s always a flight to quality because prices will drop.”